On the 21st of March , 2019, a television filming of the Formula for Success program was held on the Saryarqa channel.

Our project of the same name is included in the Republican Register of Activities of the Rukhani Zhangyru programm. On March 29, the program itself aired.

Participants in the dialogue platform learned from Makpal Mukhamediyarovna her success formula. According to the Guest of Honor: “Success is concluded in the person himself, you need to do your favorite business talentedly, and recognition, sooner or later, will come to the person.”

During the dialogue, children were asked questions about hobbies, future plans, attitudes, her first love, and the people she emulated. The heroine with humor recalled cases from her childhood and gladly told the children these stories.

Makpal Zhunusova not only answered the children’s questions, but also sang. She performed the romance “And finally, I will say” from the film “Cruel Romance” and the song by the composer Bakir Tazhibaev “Aqbulaq”.

For the Guest, all the questions of the children were very interesting, the singer presented to the active participants of the dialogue platform her collection of songs “A wonderful world”.

The project organizers presented Makpal Zhunusovoy with the symbol of success and popularity as a gift – the statuette “Formula of success” and the book by Abai Kunanbayev “Words of edification”. 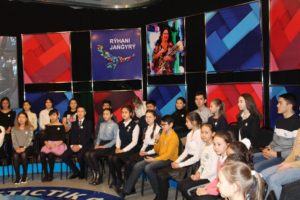 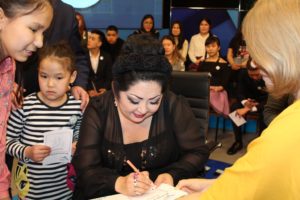 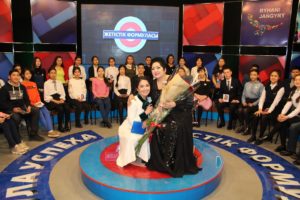 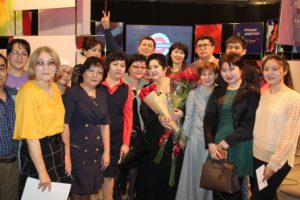