Honorary diploma is the second most important award after the Gold Medal with the profile of the great storyteller, awarded to IBBY the best children’s and youth books.
A literary kaleidoscope “Here I am – experienced” on M. Kabanbaev’s creativity was held for pupils of the 3rd and 4th grades of Gymnasium 1 and School 48.

The attention of children was offered a slide presentation and excerpts from the feature film “When you’re 12 years old”, filmed in 1979 by the film studio “Kazakhfilm” based on the story “The Sun in Dandelions.”

The children got acquainted with the biography of the writer, with his work, with the fact that although he became an adult writer Marat Kabanbayev, he remained forever a boy Asan from the story “Arstan, I and the cello”, Dosan from the story “Here I am – experienced!”, Zamanbek from “The Sun in Dandelions” – the heroes of his children’s books.

The event was followed by a loud reading of the story of Marat Kabanbayev’s “Meeting on the bus” (L. Kosmuhamedova’s translation), published in 2005 in the almanac “Literary Alma-Ata”. 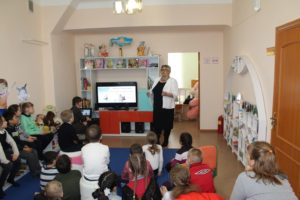 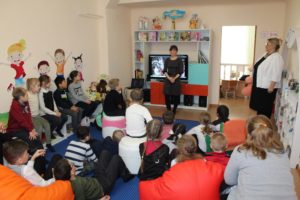 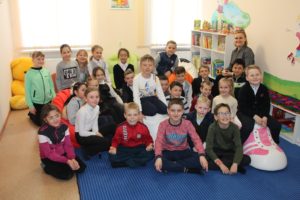