On the 15th of March the children’s book week went on with the literary quest “Fairy-tale labyrinth” for children of the 3rd and 4th grades of school № 17.

Quest – this is one of the variants of the game-search, so popular in our time in the children’s environment. The route of the literary quest game was connected with the plot and heroes of fairy tales of different people. The game not only introduced participants to new interesting books, but also served to develop memory, attention, ingenuity, imagination, and the ability to think logically.

Game tasks have caused a lot of positive and joyful emotions, which contributed to the development of communication of participants.

The aim and objectives of the game was to develop children’s interest in fiction – fairy tales; teach you how to use logic and intuition to solve problems, improvise in the course of the game, to work together in a team, to think erudite.

4 teams (blue, red, green and purple) traveled through the library, visiting the mysterious places of “The Witch’s Whirlpool”, “The Secret Chamber”, “Field of Miracles”, “Book Labyrinth”, “Dead Man’s Chest” and performing various tasks. For the completed tasks, the guys received part of the puzzle and an envelope with a further route.

The treasure chest of the old pirate with a new colorful book “The Magic Book. Sea Pirates ” was the very first team found ” Blue”, which received prizes, and the remaining participants of the quest – incentive gifts from the library. 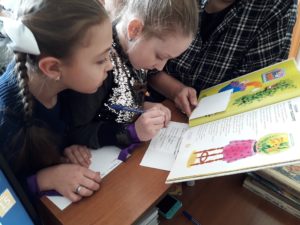 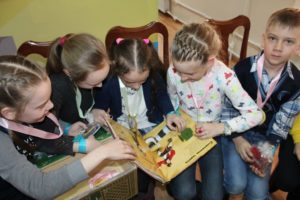 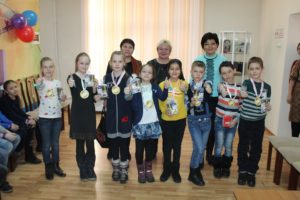