This year, for the first time in the history of the country, the jubilee of the People’s Artist of Kazakhstan, the State Prize laureate, the actress of the cinema and theatrical stage Amina Umurzakova was held in the framework of UNESCO.

On April 3, in the library in honor of the 100th anniversary of the birth of one of the first swallows of Kazakh cinema, which conquered the top of theatrical art, a memorial evening “Mother of Kazakh cinema” was held.

The event was attended by children undergoing treatment in the sanatorium “Bayterek”. The librarian told about the creative life of Amina Yerkozhakyzy, excerpts from the film “The Angel in a Skullcap” and the autobiographical documentary film “Amina” were shown, and a review of the book excerpt. 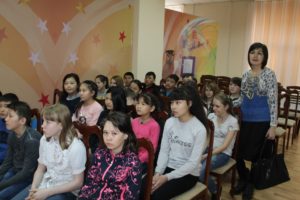 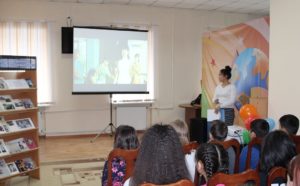