On January 24, on the central street of the city – Mira Boulevard, librarians conducted outreach activities among the population in the framework “Latyn alipbii – Orkeniyet Zholy ’ action.

Residents and guests of the city were explained the benefits of the transition of the Kazakh language to the Latin script, on expanding the scope of the state language, on the possibility of obtaining greater access to modern information technologies.

In order to popularize the new Kazakh alphabet, library staff distributed flyers with an alphabet based on the Latin script, with all the letters of the alphabet with Kazakh transcription, the terms “acute”, “digraphs” were revealed.

During the Promotion, more than 50 flyers were distributed, in general, citizens support the transition of Kazakhstan to the Latin alphabet, many of them expressed the opinion that such events are necessary. 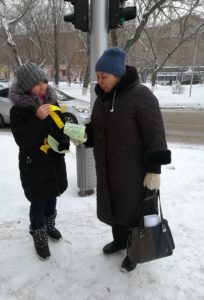 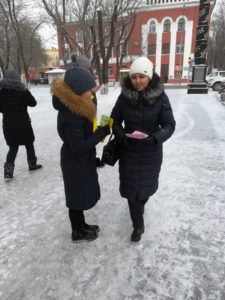 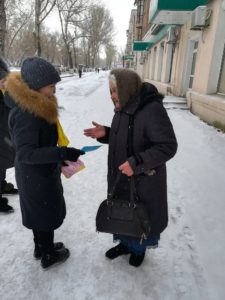 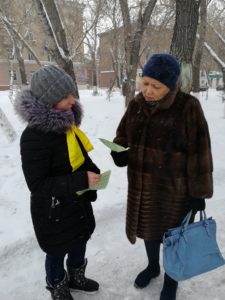