On the 11th of March , the grand opening of the Children’s Book Week Childhood with a Book took place. For guests of the festival organized a defile “Books-Cubes 2019”.

On the first day of the Children’s Book Week, there was a creative meeting “Ardager Azamat, Ardaqty Akın” with the Honored Worker of Kazakhstan, poet, narrator, children’s writer Bayangali Takanuly Alimzhanov. The participants of the event were children of the 6th grade of the Regional specialized boarding school for gifted children named after N. Nurmakov, pupils of schools17, 76, librarians of city and district libraries.

The guests of honor – Karaganda poets were also invited to the meeting: the winner of the international literary award “Alash” S. Aksunkaruly and Ph.D., Professor K. Asanov, who spoke about the peculiarities of the works of B. Alimzhanov and his talent.

The readers have read the poems of the author, to which the poet was sincerely grateful and grateful.

Bayangali aga instructed beginning squeaking youth: “You will not be a bad person if you read a book instead of one hour and 15 minutes in today’s hectic time.”

At the end of the evening, Bayangali Takanuly read an excerpt from the Manas epos and presented his books to the city libraries. 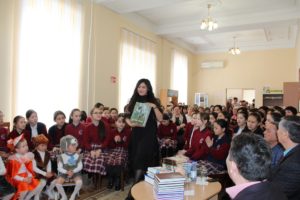 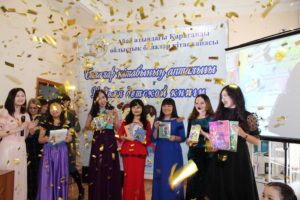 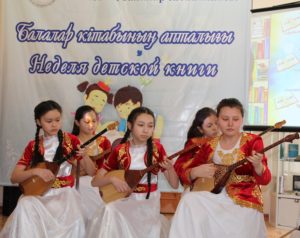 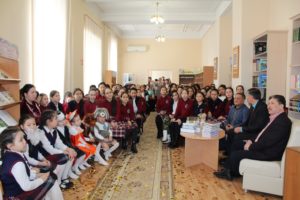