The literary quest game “Once in the library …”

On March 14, the Children’s Book Week continued with the literary quest “Once in the library …” for children of the 6th and 7th grades of the school-gymnasium №41 named after Ahmet Baitursynuly and school №27.

The route of the literary quest was associated with the plot and heroes of Kazakh folk tales. The game not only introduced the participants to new interesting books, but also served to develop the memory, attention, acumen, and the ability to think logically.

Game tasks have caused a lot of positive and joyful emotions that contributed to the development of communication participants.

The team of “green” won and saved the fairy-tale princess Gulbarshin, the guys first found the magic tangle. The winners were awarded medals and prizes, and the rest of the game participants received sweets. 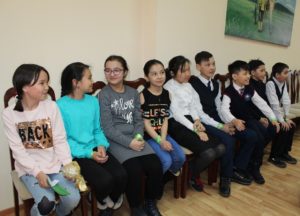 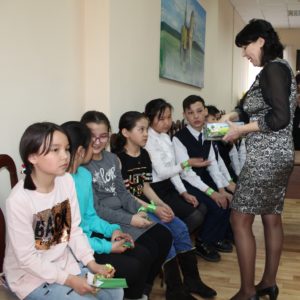 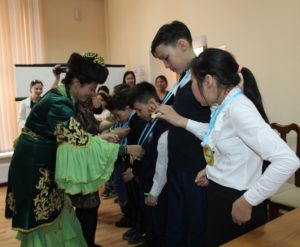