The Latin alphabet takes the leading position in the world, since it is used by more than 4 billion people of the planet. Kazakh language in the transition to the Latin alphabet will be able to reflect on the Internet, it will be available for study, and will help our citizens to master foreign languages. And most importantly, Kazakhstan will be able to quickly integrate into the world community.

This was the dialogue between library staff and city residents during the distribution of flyers “Kazakhstan chooses the Latin alphabet” on the 19th of March on the central street of the city.

The librarians handed over more than 40 flyers to passersby and learned the opinion of the local people about forthcoming changes in the Kazakh language. 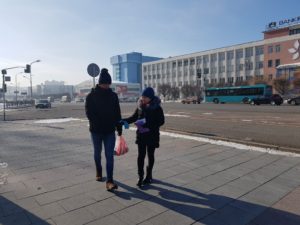 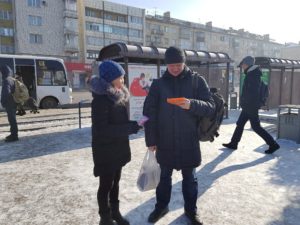 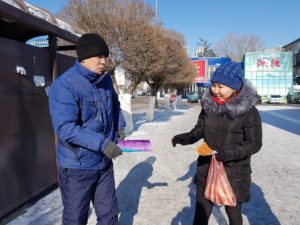