The writer of our time

On the 80th anniversary of the Karaganda writer, cultural figure of the Republic of Kazakhstan Kamel Zhunistegi for the 8th grade children of school №63, an exhibition-portrait “Belgili zhazushy, qogam qairstkeri – Kamel Zhunistegi” was held in the library reading room.

Kamel Zhunistegi was born in Shetsky district in the village of Aksu-Ayuly. During his school years he was fascinated with research work, collected interesting materials about little-known, but revered people of his native land. He recorded the works of Shortanbay, translated his works from Arabic into Cyrillic.

Famous writer Kamel Zhunistegi made a great contribution to the study of Saryarka. Author of many books on local history, a member of the editorial board of the encyclopedia “Karaganda. Karaganda region “in the Kazakh and Russian languages. Known as a local historian. 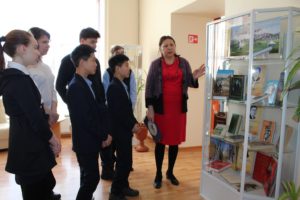 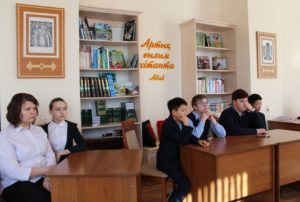