On November 12th,  within the walls of the Karaganda Regional Children’s Library named after Abai, a video lecture entitled “Zhumeken’s talent is priceless” was held with the participation of the author’s researcher Marat Azbanbaev.

The event is dedicated to the 85th birth anniversary of the famous Kazakh poet, prose writer and translator Zhumeken Nazhimedenov (1935 – 1983). Zhumeken Sabyruly is known primarily as the author of the words to the popular song, which served as the basis for the new National Anthem of Kazakhstan.

The guest of the event, who has devoted more than 10 years to studying the biography and creative heritage of Zh. Nazhimedenov, pays special attention to the early period of the future akyn’s life, associated with his work at Karaganda mine  33 (Maikuduk mine). In the inhuman conditions of the mine, giving all his strength to hellish labor, the poet’s character was tempered, his ideas about civic responsibility and patriotism were formed. The name of Zhumeken, according to Marat Aktorgaevich, is inscribed in golden letters in the history of the formation of the mining capital of Kazakhstan. And it is the duty of grateful descendants to immortalize this name among other glorious names of Karaganda.

Researcher Azbanbaev was familiar with Nazhimedenov’s wife, Nasip-apai during his lifetime. Having once seen her interview in one of the newspapers, Marat Aktorgaevich decided to send a request to the regional archive. The materials of the local archive were not enough, then the researcher was forced to turn to the funds of the presidential archive. Studying the biography of an individual, Azbanbaev managed to open a huge layer of documents that severely and honestly reflected the true situation of people who found themselves in the grip of the great war.

In the funds of “Abaevka” readers will find both rare editions that were published during the author’s lifetime, and modern collections in a beautiful hardcover. Some of them were presented at the exhibition “Zhyr da zhazkan, ken de Kazkan – Zhumeken”, prepared for the video lecture hall.

In 2005, a two-volume edition was published, chronologically presenting all the poetry collections created by Zhumeken. The readers’ attention can also be drawn to the collections of smaller volume, which appeared in the series “Atamura kitapkhanasy” and “My 100 books”. In the series “Teenagers library” in 2015, three novels by Nazhmedenov “Aq shagyl “, “Dank pen daqpyrt ” and “Kishkentai” were published.

Having lived a short life, Zhumeken Nazhimedenov left many plans unrealized. But what the author has created has taken a worthy place in the spiritual treasury of our people. 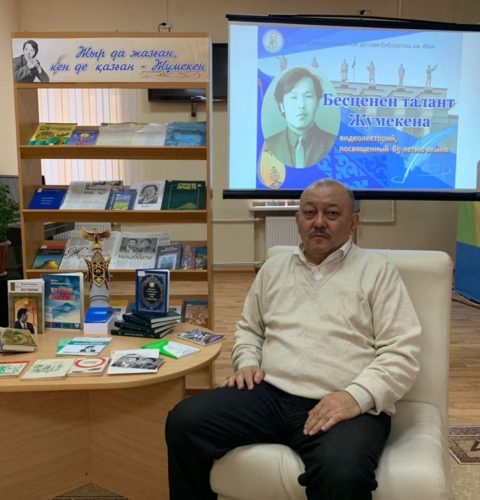 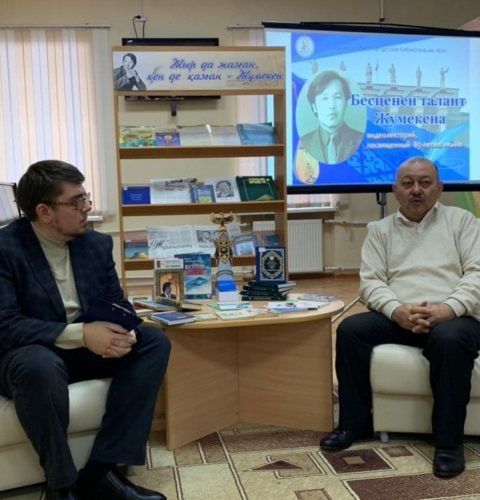 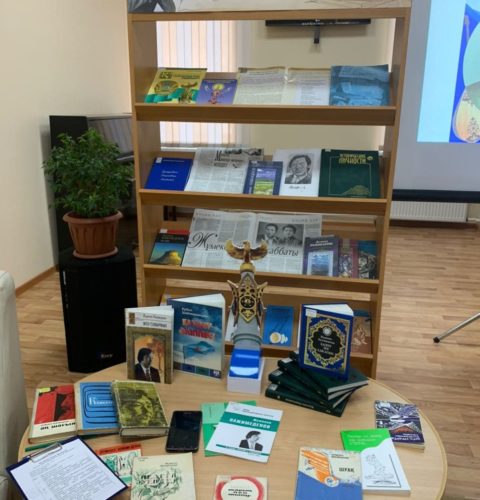