Visit to the modern library

On January 15, the library was visited by pupils of the 5th grade of secondary school №38

The guys were also interested in the story about the Kazakh poet, enlightener and composer Abai Kunanbayev, whose name carries the library.

Schoolchildren had the opportunity to see and take from the shelf those magazines and books that they liked, look through them, look at the illustrations.

During the tour, librarians paid special attention to library book exhibitions. The children were presented with the local history exhibition “Tugan өlke – Tұnғan Tarikh” about the personalities of the Karaganda region, which this year celebrates its anniversary: academician, geologist, organizer of science K.Satpaev – 120 years, writer S.Erubaev – 105 years, hero of the Great Patriotic War N. Abdirov is 100 years old, writer S.Seifullin is 125 years old. Also, a book review of the exhibition “Karaganda Saryarkanany Kazyasy” dedicated to the 85th anniversary of the city of Karaganda was held for children. 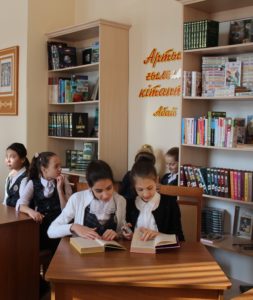 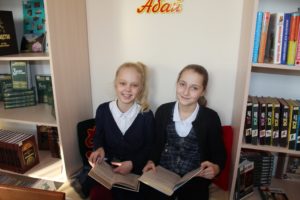 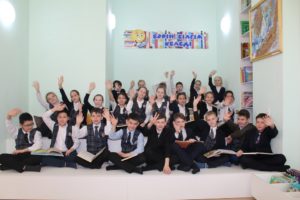