Elubaev Esken has born February 18, 1942, the station Otar Kordai area Zhambyl region. In 1958 he graduated from secondary school №29 railway station Otar. In 1966 he graduated from the Faculty of Philology in KSU. Since 1966 in the newspaper "Kazakhstan pionerі" (now the "Ulan"), published by "Zhalyn", "Oner", "Balausa", chief editor of "Baldyrgan".

His first poems were published in the national journal "Ara" in 1958. His poems he wrote for children. The Republican Puppet Theatre staged his play "Bolatbek". Winner of the International Literary Prize "Alash" (1994). Twice winner of the national contest "Astana - Bayterek" (2007-2008), took second place in the International competition "Daraboz" (2008). He was awarded the medal "Kazakhstan Tauelsіzdіgіne 10 zhyl", winner of the State grant. Now he is retired.

More than forty of his works came out in Russian and Kazakh.

His plays "Balabek", "Asar" do not go from the stage of the republic. In his play "You need a puppy?" posed a movie. 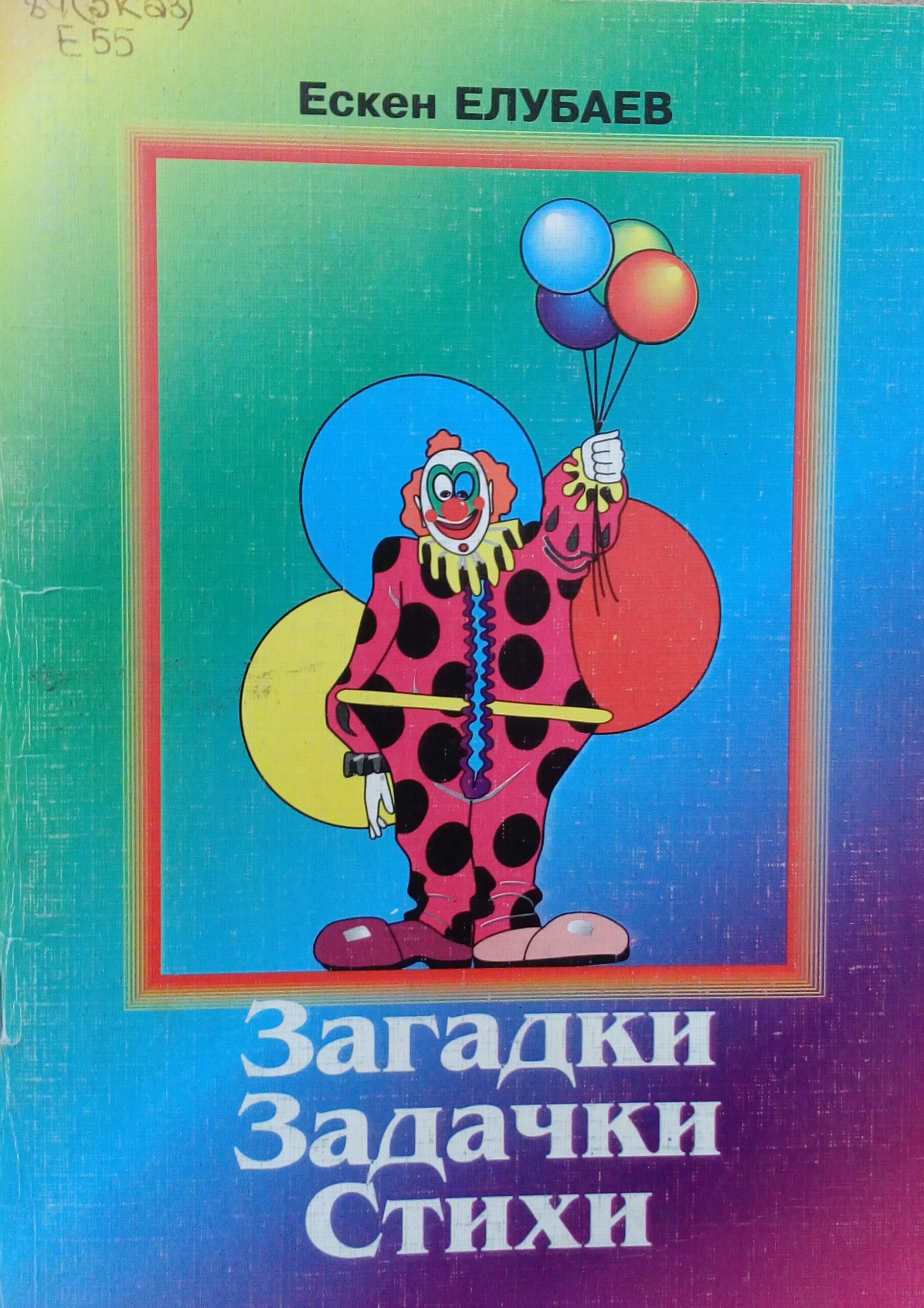 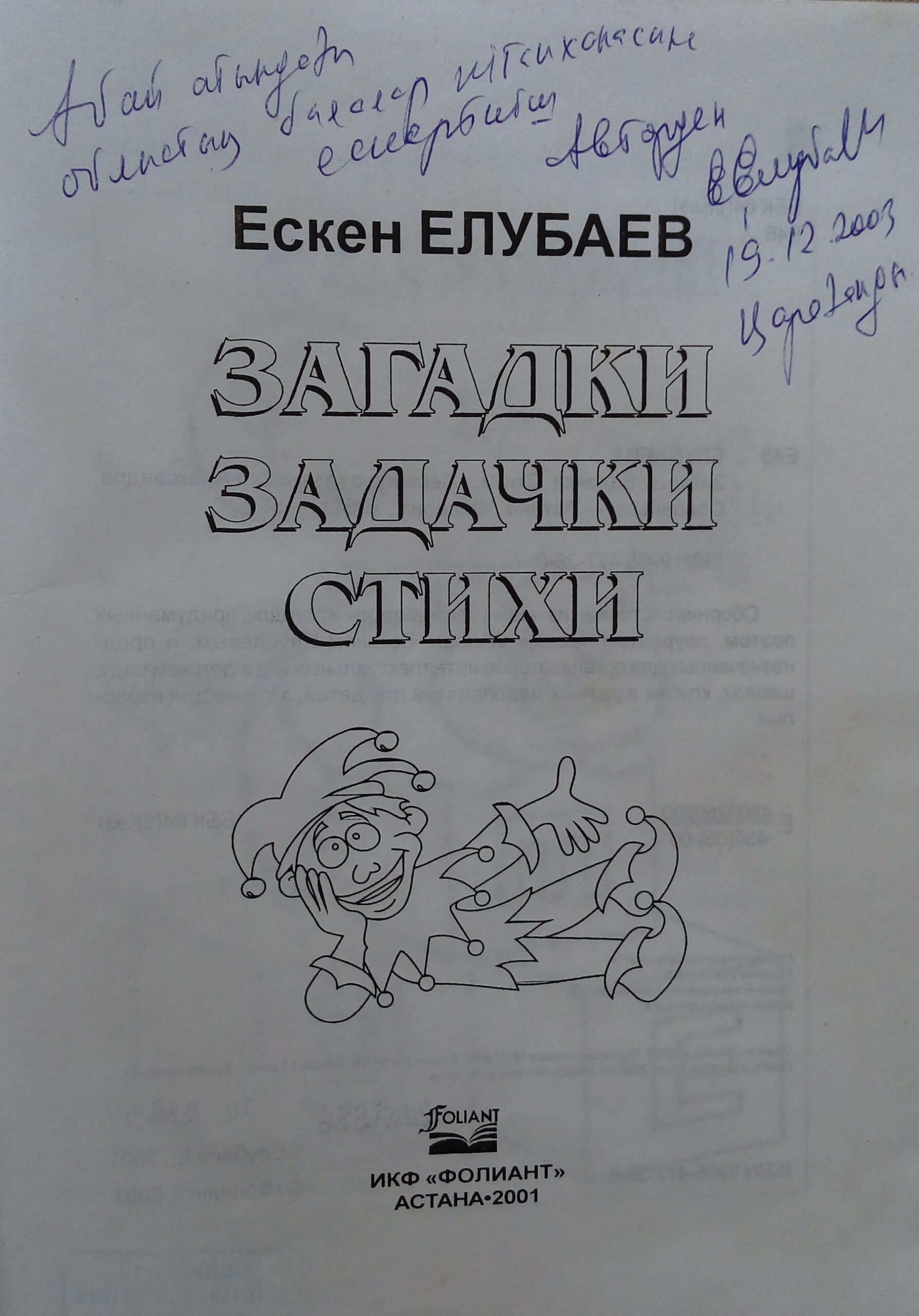 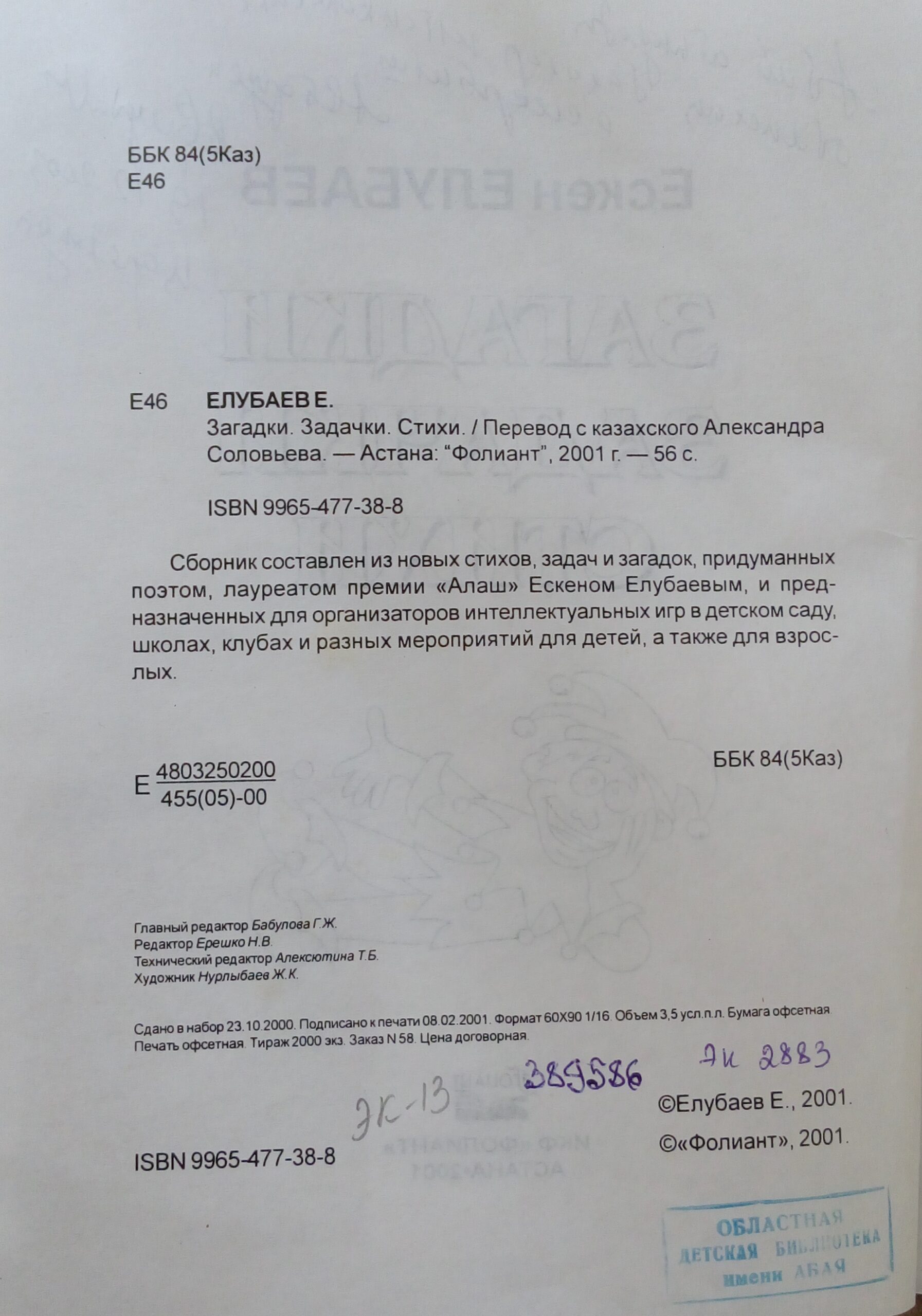