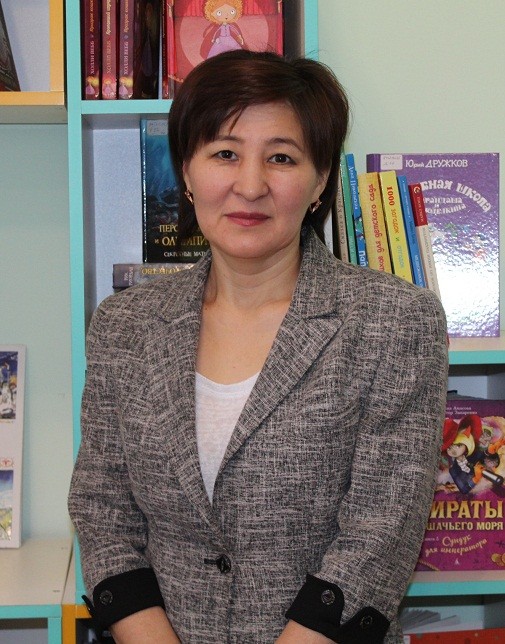 She was born on October 30, 1970 in the city of Karaganda. In 1992 she graduated from the KSU named after E.A. Buketov with a degree in Russian language and literature at the national school.

In 2011-2012. underwent professional retraining at the Institute of Continuing Professional Education of the Chelyabinsk State Academy of Culture and Arts (RF) under the program "Library and Information Activities".

In 1993-2009. she  worked as a teacher of the Kazakh language department of the Zhezkazgan University named after O.A. Baikonurov.

In November 2016, she was appointed Deputy Head of the Abay Karaganda Regional Children's Library.

She studied at the International Summer Library School, organized by the St. Petersburg State University of Culture and Arts (RF) (09-14 June 2014).Bayan K. is the

Publications: Publications in the professional press of the Republic of Kazakhstan and Russia, in collections of scientific papers and journals. 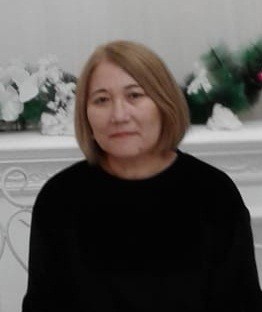 She was born on October 10, 1968 in the village. Akzhar, Tarbagatai district of the East Kazakhstan region. In 1993 she graduated from the Kazakh Women's Pedagogical Institute in Almaty with a degree in library science and bibliography.

In 1998 she worked as a librarian at the Humanitarian Institute named after "Kozha Akhmet Yassaui" in Ust-Kamenogorsk.

She began her library activity in November 2000 as a librarian at the Abay Karaganda Regional Library. From March 16 to October 1, 2009, she temporarily acted as director of the Karaganda Regional Children's Library named after Abay.

She worked as the head of the department of services for children of senior and secondary school age (2009-2016).

Since November 2018, she has been appointed Deputy Director of the Abai Karaganda Regional Library.