Kabdesh Zhumadilov was born in April 24, 1936 in the area Shausheksk of the  Tarbagatai  province,SUAR KNR.
In 1965 he graduated from the Kazakh State University named after S. Kirov.

The first poems and stories Kabdesh Zhumadilova were published in the newspaper "Xinjiang" and the journal "Shugyla" in China. At First Kabdesh is a bard. His work began with poetry. He began writing them in his student years. A lot of time Kabdesh devoted  history of Kazakh people, its batyrs. Today, his works is  unique historical documents.A collection of poems "Zhas Dauren" was released in 1967. Author of the book of poems "Mladen tribe" (1967), a collection of short stories "Fly geese" (1968), novels "The Call" (1969), "The last nomadic" (1974), "Road of Happiness" (novel and short stories, 1976), a collection of novels "Sun valley" (1978).
For a million Kazakhs , he is known for historical novels "Father Land" and "Fate." In them the writer tells the story of the tragic fate of the Kazakhs, when away from home. On account of the writer about thirty works. Writer of journalistic articles included in the collection "Kalyn elim, қazagym" ( "Kazakhs are my people", 2000). The works of Kabdesh Zhumadilova published in Russian, Ukrainian, Belarusian, Uzbek, Uyghur, Kyrgyz, and other languages.
In 1998 Kabdesh Zhumadilova was awarded the honorary title of "People's Writer of Kazakhstan." In 2005, for services to the state, public activity, significant contribution to the socio-economic and cultural development of the country, strengthening of friendship and cooperation between peoples Kabdesh Zhumadilov he was awarded the Order "Parasat".
Selected works are included in the 12-volume edition of assembly works of the writer (2003-2004). He was awarded medals, the Honorary Diploma of the Supreme Council of Kazakhstan, winner of the Writers' Union of Kazakhstan (1983), State Prize of Kazakhstan (1990). 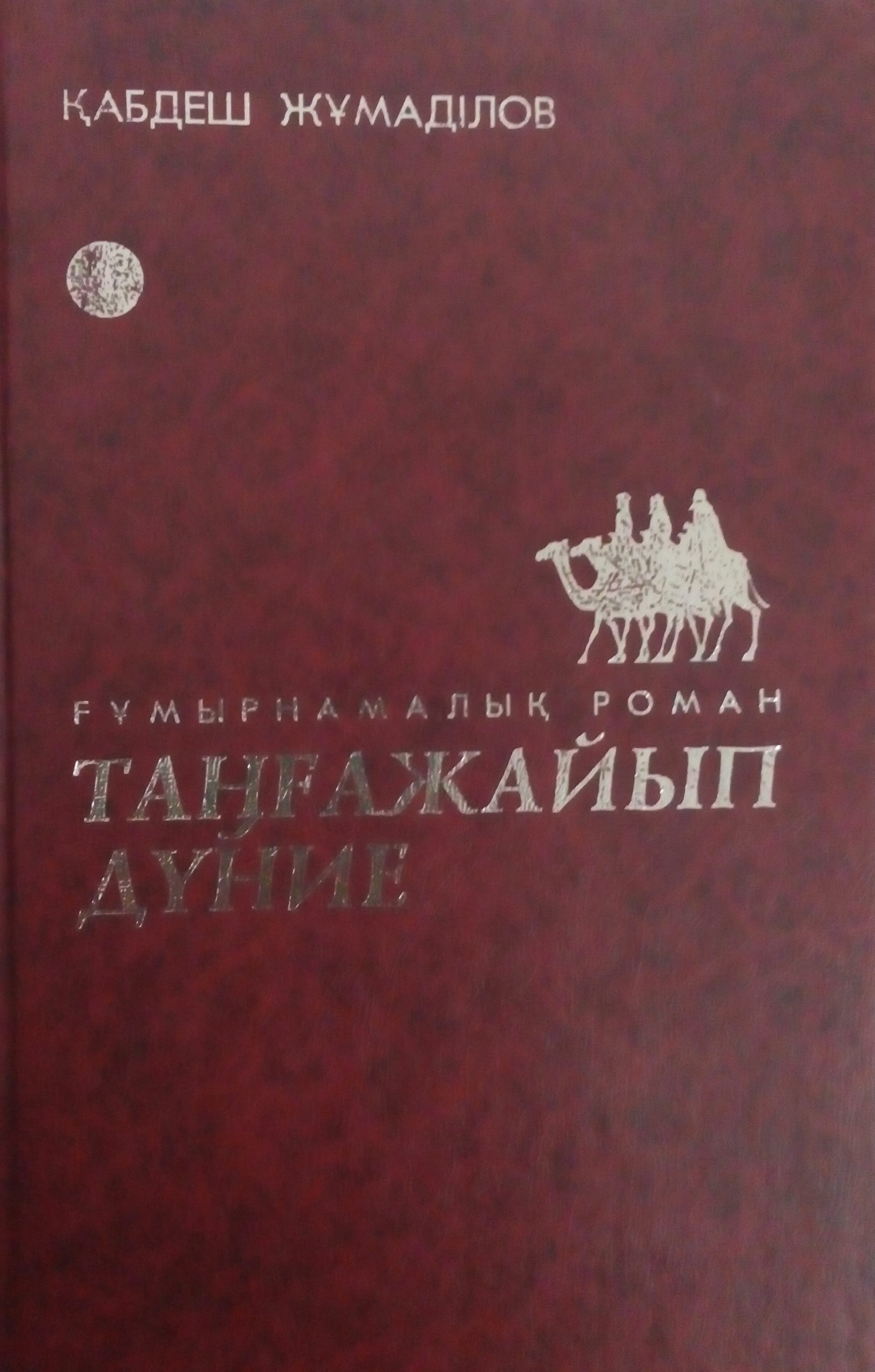 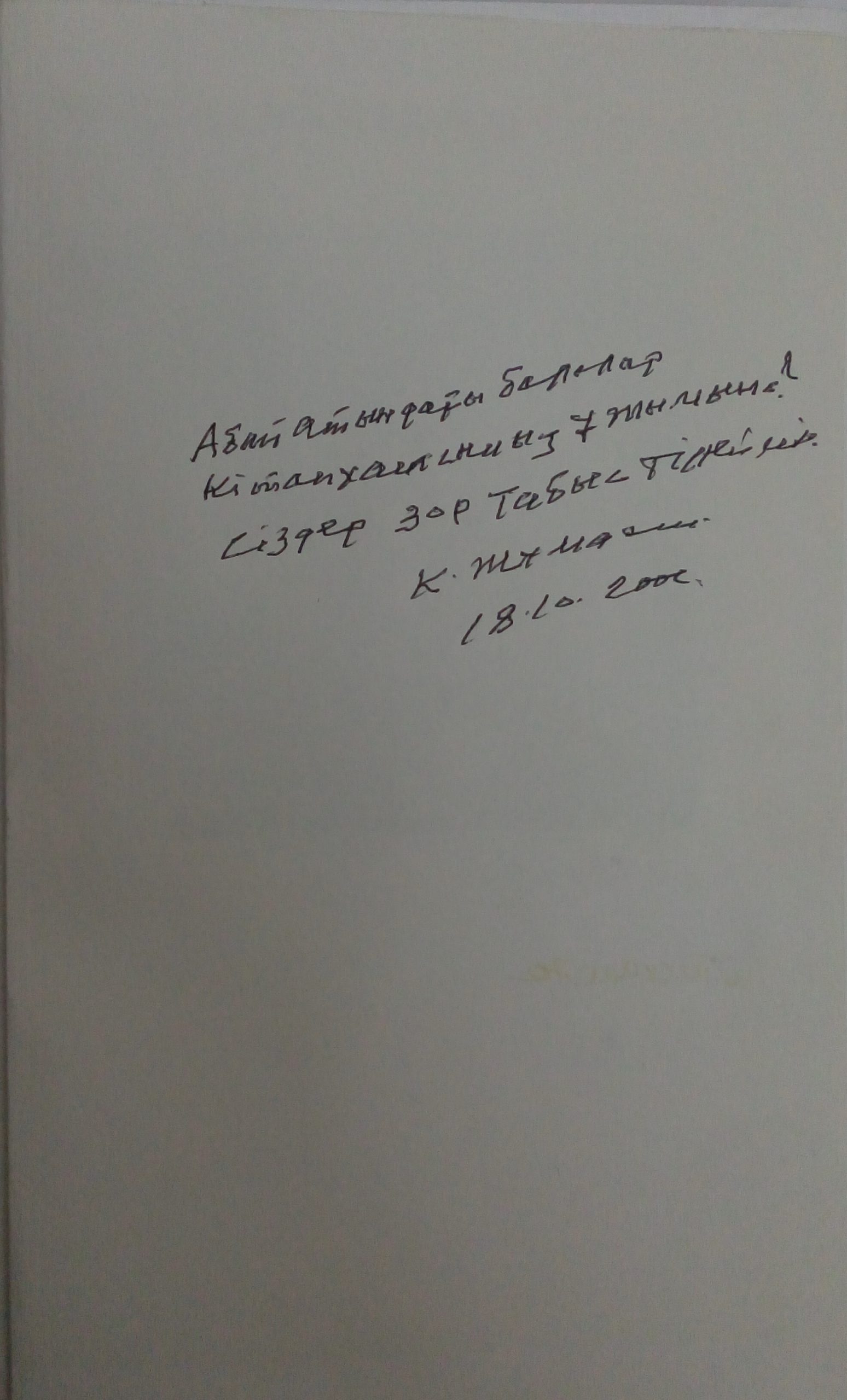 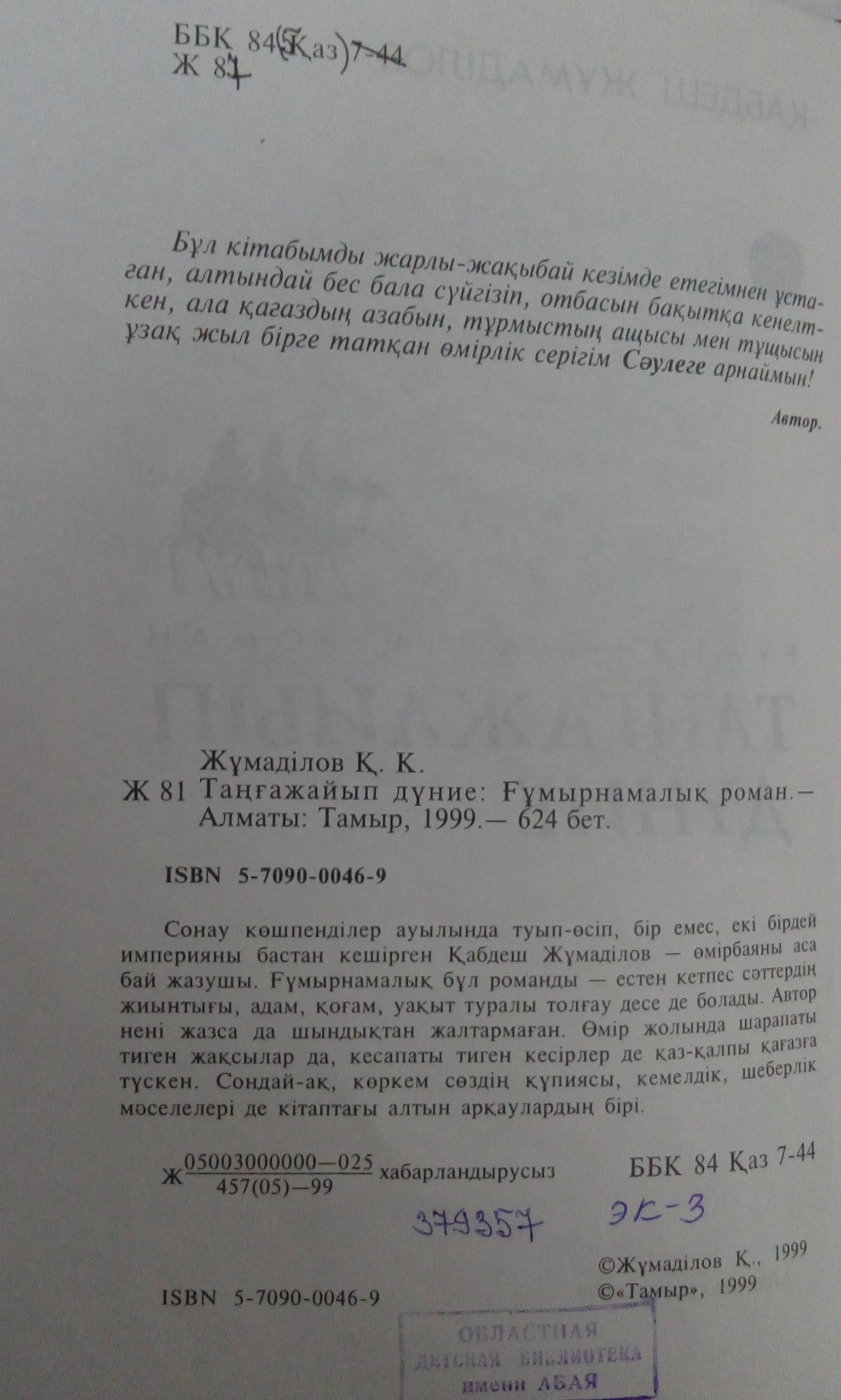