She is a Doctor of Philology, Professor, Honorary Education Worker of the Republic of Kazakhstan, Director of the Center for Humanitarian Studies of the Kazakhstan Multi-Profile Institute "Parasat", a talented scientist known both in Kazakhstan and far beyond, a Russian specialist.

She is the author of more than 160 publications in Kazakhstan and abroad (Germany, Poland, Russia, Slovenia).

The head of doctoral and candidate dissertations (she prepared 35 applicants, including 9 doctors of philological sciences).

Published books: "Country of the language. The Republic of Kazakhstan. Language. Ethnos. Culture "- the work represents the first experience of the educational and methodical complex, in which the problems of language are considered in close interaction with the life and culture of the Kazakh people.

The collection of fairy tales "Mom's Tales: We Read and Draw Together" includes amazing fairy tales written by Mama for her children. Tales of family, friendship, love.

Fairy tale for children "Princess of Flowers" - about love, about customs and culture of the Kazakh people, about the legend of the appearance of tulips in the world.

"Mahabbat and Asylzhan" is written in the genre of a magical traditional fairy tale about a girl and an evil stepmother.

The holder of the state grant of the Republic of Kazakhstan "The best teacher of the university" for 2007, 2011.

Decree of the President of the Russian Federation V.V. Putin was awarded the State Medal of Pushkin.

By order of the Ministry of Education and Science of Kazakhstan, the writer's tales are included in the list of studied works in the school curriculum.

She was awarded the Honorary Badge "For the contribution to the cause of Friendship".

In 2009 she was awarded the Medal of the Ministry of Education and Science of the Republic of Kazakhstan "For Contribution to the Development of Science". 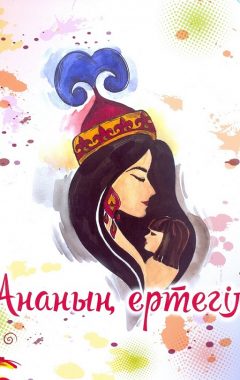 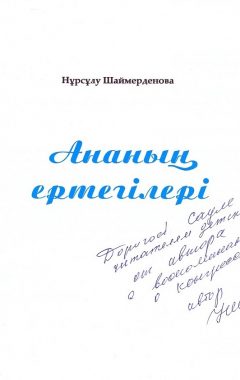