He is a poet, writer, doctor of philological sciences . He was born on August 15, 1951 in the East Kazakhstan region of the Abai district in the village of Shagan.

He worked as a correspondent for the newspaper "Zhetysu", a literary associate, head of the editorial board of "Education and work" literary associate, then head of the department of criticism, fiction, science and bibliography "Zhuldyz" magazine, the head of department of the Institute of Literature and Art named after Auezov, Director of Research Cultural center "Auezov's home" NAS RK.

In 1998-2000 he was a doctoral student, senior researcher at the Institute of Literature and Arts, in 2000-2001 - lecturer at KazSU named after Al-Farabi, senior lecturer at the Academy of Public Service under the President of the RK, scientific consultant-editor of the newspaper "Kazakh newspapers".

Since 2001 he was a Director of the Scientific Center "Otyrar Library" at the National Eurasian University.

T. Zhurtbai introduced into scientific circulation over 200 archive information and facts concerning the nearest surroundings of Kunanbai and Abay. As a result T. Zhurtbai wrote their biographical chronicle - Shezhire.

Professor T. Zhurtbai is the author of the textbook "A Brief History of Kazakh Literature" in two volumes (in collective authorship), typical programs "Culture of the Word" (2001) and "Literary Creativity" (2002).

Laureate of the International Prize "Alash", literary prize. I. Zhansugurova.

For the strengthening of cultural relations between States was awarded the Honorary Diplom of the President of Pakistan (1996), with the active participation and support in holding the events dedicated to the 100th anniversary of the anniversary of M. Auezov awarded the Honorary Diploma of UNESCO (1997), «For special contribution to the science of the Republic of Kazakhstan." 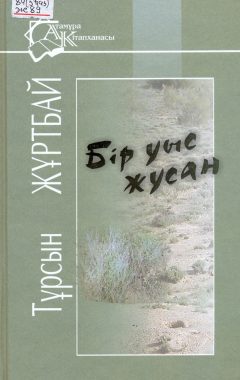