He is a poet, honored worker of Kazakhstan, laureate of the State Prize Nesipbek Aitov was born on September 22, 1950 in Tarbagatai Territory (XUAR) in Shaueshke district, Terekty-Kakpatas village (China).

In 1962 he graduated from Barshatas High School of Shubartau district of Semipalatinsk region. In 1974 he graduated from the Faculty of Journalism of the Kazakh State University. S. Kirov. He worked as a literary employee in the Shubartau regional newspaper "New life".

In 1976-1977 he was awarded the State Committee of the KazSSR Prize for publishing, printing and book trade, the Central Committee of the Komsomol of Kazakhstan, the Union of Writers and the Publishing House "Zhalyn" for the poems "Zhar zhyrek soga ber" and "Bas suyekter", and in 1974 - prizes For the poem "Naizai".

N. Aytov is also a laureate of the prize of the Writers' Union of Kazakhstan named after Mukagali Makatayev and the international prize named after Zhambyl.

For several years he was in charge of the department of poetry in the journal Baldyryan, in 1983-1984 he worked as an editor in the publishing house "Zhalyn", in 1984-1994 as an adviser in the Writers' Union of Kazakhstan. He worked in the editorial offices of the newspaper "Kazakh literature", the magazine "Zhuldyz", at the Eurasian National University named after L. Gumilev in Astana, in the Presidential Cultural Center, the editor-in-chief of the magazine "Altyn tamyr".

Nesipbek Aitov is the author of the collections "The Breath of Spring", "The First Way", "The Word about the Father", "The Echo of Time" and others. In 1988, his collection of poems "The Silver Box" was published in Russian, which is addressed to readers of primary school age. Based on the folk legend, he wrote the poem "Saryz". On its basis, the American Eduard Rosinsky created a libretto, and the Kazakh composer Almas Serkebaev wrote music for the ballet.

Aitov translated the works of J. Amre, Bo Tszyu, J. Rodari, M. Isakovsky, A. Barto, S. Mikhalkov, S. Baruzdin, V. Berestov, the poem "The Fortress of Alexander" by A. Navoi (1989), "The Lay of the Regiment Igorev "(1990). Tolgau Nesipbek Aitov "Mukhtar and Abyz" won the main prize of the poetic competition dedicated to the 100th anniversary of Mukhtar Auezov.  He was awarded the Order of Parasat. 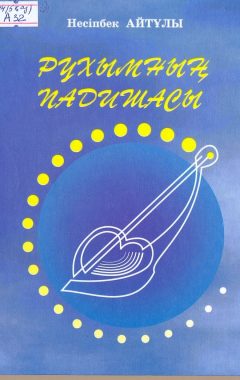 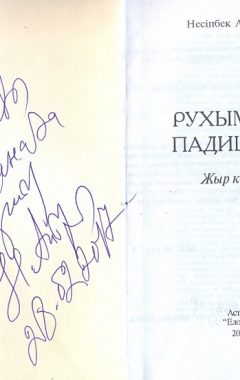