Zinaida (pen name) Chumakova was born in Kazakhstan at the station KushmurunSemiozernoe district Kustanai region in 1951. He lives in Zhezkazgan.

Director of SE "Zhezkazgan historical and archaeological museum", a graduate of the philological faculty of the Karaganda State University.

She worked as a teacher of Russian language and literature. The culture system is working more than 35 years, having risen from the artistic director of the Palace of Culture to the head of the department of culture. Honored Worker of the Republic of Kazakhstan, and cultural figures. The director, screenwriter and leading theatrical performances, festivals, competitions. The author of the TV program "Creativity" on TV channel "Didar". Chairman of Zhezkazgan city club of creative intelligentsia. Poet and novelist.A member of the Union of Writers and the Union of Journalists of Kazakhstan, the Moscow city organization of the Union of Writers of Russia. Author of 9 books of poetry and prose: "Earthly stars of Zhezkazgan", "Autumn rhapsody", "Dialectic of the soul", "Oriole", "Light and shadows", "Tusіmetaularkіredі", "Three peaks", "Starting Over", "Library of chechen literature. Favorites".In 2006 he released a CD with songs based on poems by ZinaidaChumakova "Renaissance of my soul", which included 23 songs.Many of his poems set to music and songs known as "Shashu", "Renaissance of my soul", "The Garnet bracelet", "Night Cafe" and others. Poems translated into Kazakh, Chechen, Ukrainian, Polish, Belarusian languages.

Z.S. Chumakova - winner of the International literary award named after K. Simonov and premium mayor of the city "The best journalist of the year". Cavalier orders named Gabriel Derzhavin and "Golden eagle" of MagomedMamakayev. 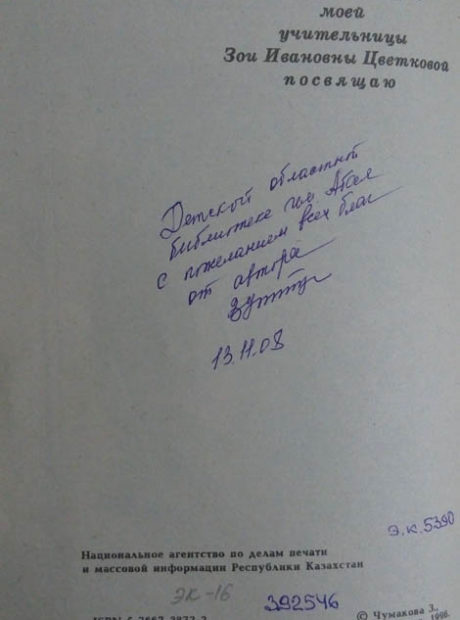 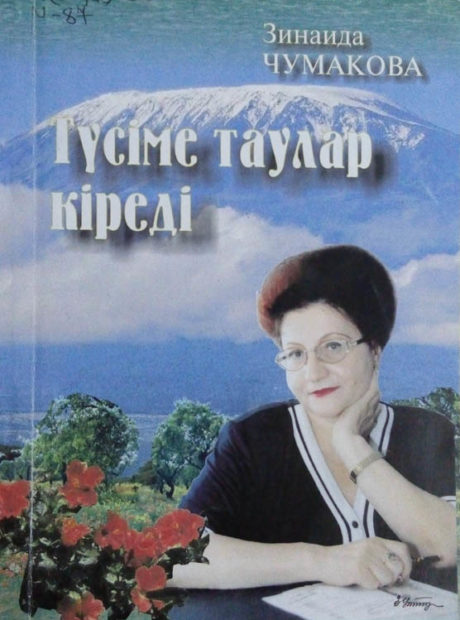 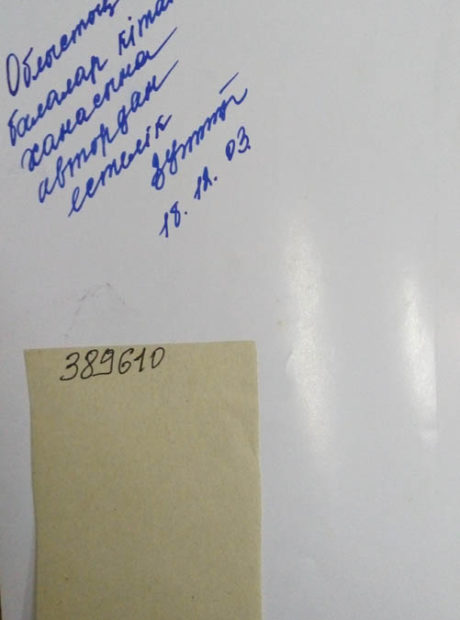 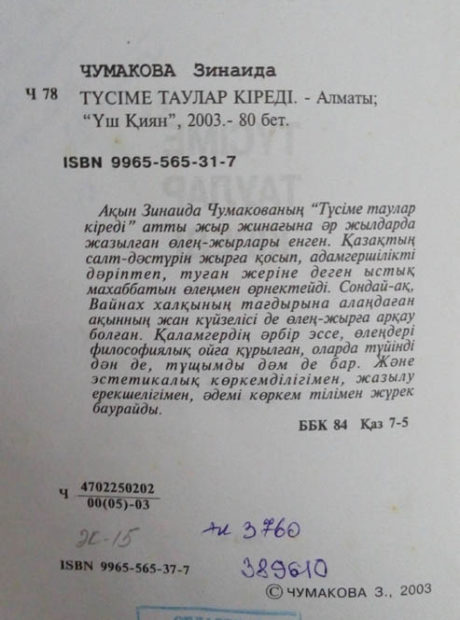