She is an author of numerous children’s stories and stories for children.

Elena Gennadievna was born in 1961 in the city of Karaganda. She graduated the Shimkent Pedagogical Institute of Culture named after Al-Farabi in 1989 on a specialty librarian-bibliographer.

She writes plays, fairy tales, stories, novels for children. She takes part in literary meetings and evenings for young readers.

She has started to write for children since 2000. Tales of nature were first written for kindergarten teachers in 2001. In 2003 at the Republican competition “Shabyt” the first award and the diploma of the festival was received.

She took part and became a student of literary festivals, national and international competitions (“Friend of Childhood”, “Slavic Writing and Culture”, “Our Children”).

In 2005, the first book in the publishing house “Evero” in Almaty “Tales for the youngest” was published. The entire circulation of the book was given to the libraries of the city, kindergartens, school institutions.

She is an author of the collection of stories “Mercy”, “Childhood, scorched by war”, “Nezhensk professions”, the story “Our Julia”, collections of fairy tales “Dragonfly and Dove”, “Why snail has a house on the back?”, “Sunny tales for little ones” Fairy tales about plants “,” Tales of insects “,” An old-timbler “,” Tales for boys “.

Collection of fairy tales “Bird’s alphabet” republican children’s publishing house “Taimaz” included in the series “Funny biology” with the recording of birds’ voices. 200 copies of this book were specially published for blind children.

In 2009, E. Ponomarenko became the Laureate of the Prize of the Karaganda Regional Department of Culture in the nomination “The Golden Line”.

In 2010, she received a certificate of successful participation in Taganrog at the Chekhov Readings and the publication of the collection Our Chekhov, which included the work “10 Questions to Chekhov from My Contemporary.”

On March 25, 2014 in Moscow, Elena Gennadievna was recognized as the “Best Children’s Writer of the Year” and was awarded the “Gold Pen of S. Ya. Marshak” medal.

In 2015, the recording studio of Toronto (Canada), as part of the “Blind Children” campaign, presented an audio recording of the collection “About Me and Everyone in the World”.

At the First Republican Festival of Student Theaters, the play written for the festival “The Heavy Burden of Memory”,she won first place and was awarded the diploma of the Union of Theater Figures.

Ponomarenko E. is a freelance correspondent for the regional newspaper “Industrial Karaganda”, head of the Center for Cultural and Aesthetic and Creative Development of Youth of the Karaganda Economic University KazPotrebsoyuz, artistic director and director of the student theater “Inspiration”. 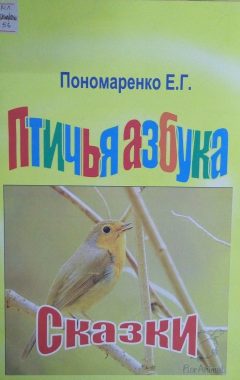 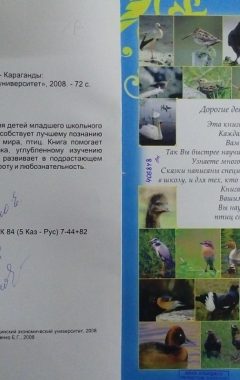 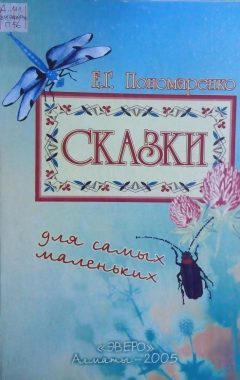 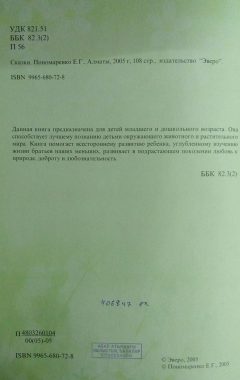 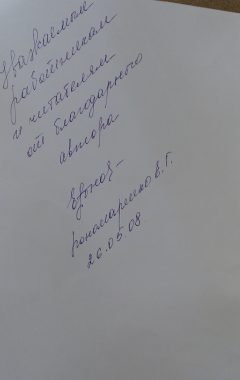 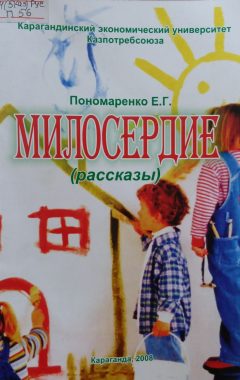 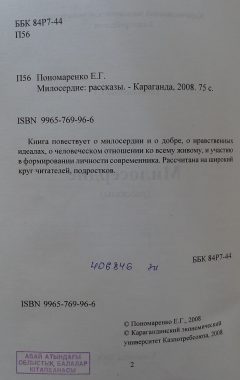