Elena Zeifert was born in Kazakhstan in 1973, he lives in Moscow.

In the mid-1990s revealed as a poet, researcher and teacher of Russian literature and literary theory, the end of the 1990s proved to be a writer, translator and critic. The author of books of poetry and prose, including children. In 1998 she defended her thesis for the degree of Candidate of Philology "Genre passage in Russian poetry of the first third of the XIX century" in the Almaty State University named after Abay, specialty "Theory of Literature".

She worked as a teacher, senior teacher, assistant professor of Russian and foreign literature of the Karaganda State University named after E.A. Buketov.

In 2008 she defended her thesis for the degree of Doctor of Philology "Genre processes in the poetry of the Russian Germans of the second half of XX - beginning XXI» at Moscow State University named after M.V. Lomonosov on a specialty "Theory of Literature. Textual.". She worked as an editor and columnist for the "Literary Newspaper" (department "Eurasian muse", "Multilingual Lira Russia", "The handshake"), coordinator of the literary work and education undergraduate programs of the International Union of German Culture (Moscow).

At the present time - Professor of theoretical and historical poetics of the Russian State University for the Humanities, in combination - the chief editor of the literary and art department of the publishing house "IUGC Press." Member of the Council for doctoral and master's theses at the Russian State Humanitarian University. Member of the International Association for the Study of History and Culture of the Russian Germans (Moscow).Author textbook chapters and monographs of the Institute of Literature and Art of the Academy of Sciences of the Republic of Kazakhstan and the Institute of World Literature named after Gorkyof the Russian Academy Sciences.

Translation German, Bulgarian authors, poets peoples of the CIS and Russia. Poems Elena Zeifert translated into Bulgarian, German, Armenian, Georgian, Kazakh, Tajik and other languages, prose - German and Kazakh. In prose works primarily in the genres of novels, stories and miniatures.Author of the novel "Skyscraper Parnassus," a book of poems, "The metaphors on pointe". The author of several books on Russian literature. Literary theorist, actively publishes articles about the problems of literary creativity, verse genre. Lead researcher of literature Russian Germans, the founder of scientific school of complex research literature through the prism of the Russian Germans of their ethnic picture of the world, the author of over 400 publications on the literature of the Russian Germans. One of the important facets of scientific work - German literature.

Chairman and member of the jury of international literary competitions in Russia, Germany, Kazakhstan. Reporter and columnist "Moscow German newspaper" Moscow magazine «Gemeinschaft», Kazakh book review "Bibliophile", Kazakh newspaper «Deutsche AllgemeineZeitung», German newspapers and magazines, as well as media portal «Gazeta.kz». Member of the editorial board of the journal «BiZ-Bote» (Moscow) and «AMANAT» (Almaty), the anthology "Voice of Siberia" (Kemerovo). Chief editor of the literary and artistic almanac "The Gift of the word" (Kazakhstan, 2002-2004).

Since 2011 leads his literary workshop "On the Little Pirogovka" in the Scientific Library in Malaya Pirogov. 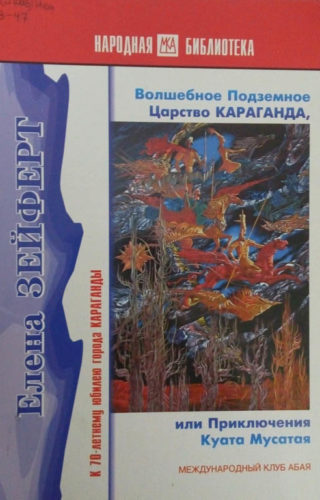 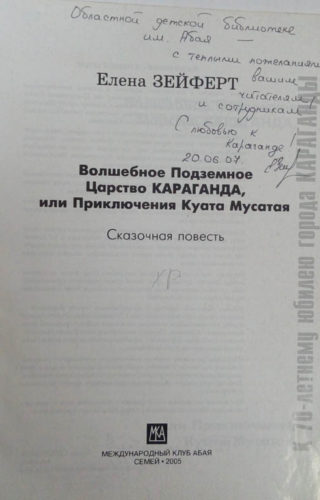 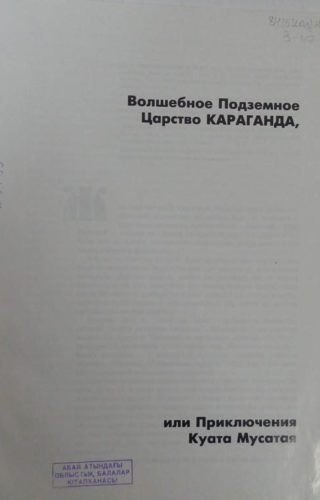