Marat Azbanbaev was born in November 3, 1955 in the village of Irtyshsk in the Pavlodar region.

At the beginning of the century he was assigned to supervise the study of the state language in the home institution. He had to get acquainted with books on linguistics, he began to study the theory and history of the language. Later he became interested in poetry Zhumeken Nazhimedenov. The famous poet Serik Aksunkaruly advised new convert researcher to publish a book about his research. And along the way he made another fateful suggestion: pay attention not only to the author's works, but also on transfers J. Nazhimedenov.

Aksunkaruly S. entrusted Marat Azbanbaevu translated into the Russian language of his own. Further lawyer captures the poetry of Rilke, and he translated his works from Russian into Kazakh. According to the dictionary, translated from the Latin "Dedication patron" of Horace. Philology Amateur turned to the ancient original source "Lay" canonical text translated into modern Russian, and then into the Kazakh language. Excerpts of his work have been published in the newspaper "Ortalyқ Kazakhstan".

He is the author of the ethno-etymological essay vocabulary, psychoanalytic studies, grants for translators "Abai and Lay."

In 2008 he published a book "Қarқabat" in three languages, in which through the names, titles, Azbanbaev terms reveals the world the unity of the human word, language, thought, action, law, poetry.

More than 2 years of dedicated study of the Anthem of the Republic of Kazakhstan, he published a book-study "Menin Kazakhstanym - Zhұmeken" in Kazakh and Russian languages on the history of "Menin Kazakhstanym" the fate of the song and the author of poems, the poet Zhumekena Nazhimedenov. In December 2006, in the newspaper "Ana tili", "Zan gazetі", "Ortalyқ Kazakhstan" was published in print paper is "The word of the hymn, or a word of the word" about the author of the verses of the national anthem of our country.

Azbanbaev M. takes part in the activities of libraries, schools and educational institutions.

For long-term, productive and trouble-free operation, contributed significantly to the development of the judicial system was awarded the medal of the Supreme Court of the Republic of Kazakhstan "Mіnsіz қyzmetі ushin» III degree. 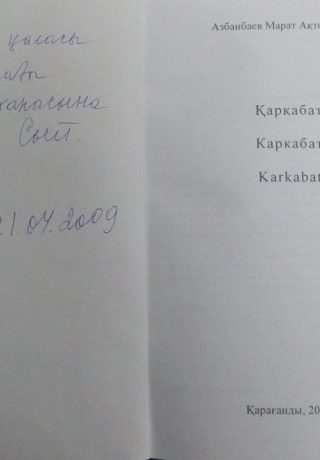 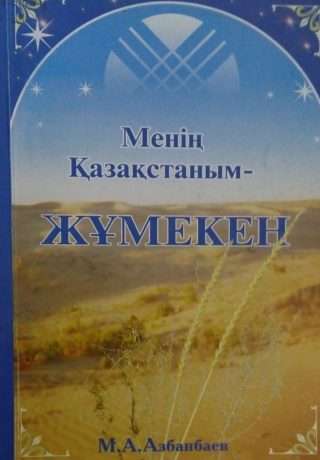 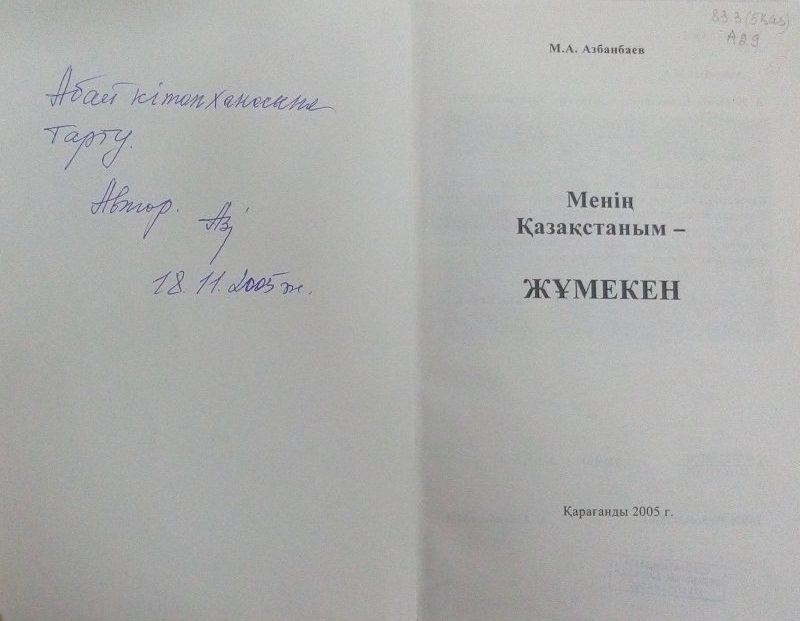 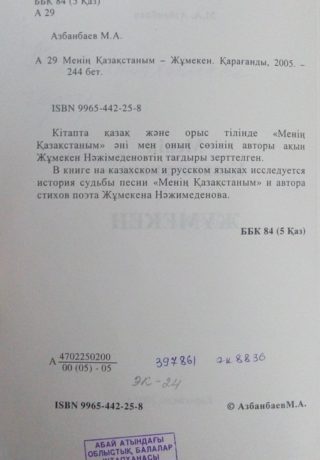