We had a book meeting of the book lovers club of the publishing house «Rosmen», «Terra Incognita»!
Fans of the fantasy genre gathered in the library to share their impressions of the books by authors N. Shcherba, E. Gagloyev, E. Bulganova, K. Sobol, J. Rowling.
Book puzzles, literary games reminded the children of mysterious characters and “subtle worlds”.
A wonderful meeting in a wonderful company !!! 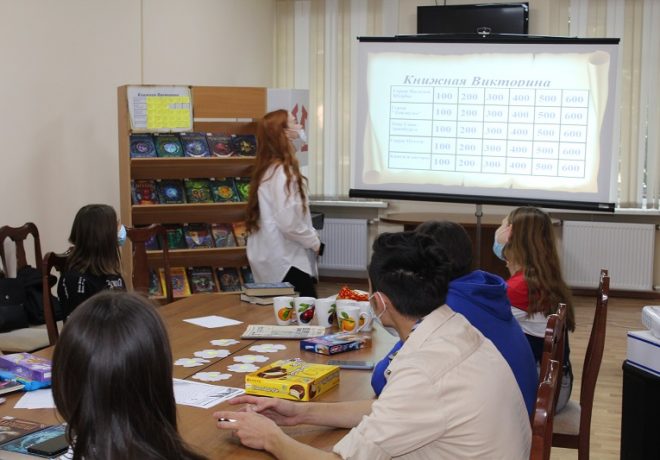 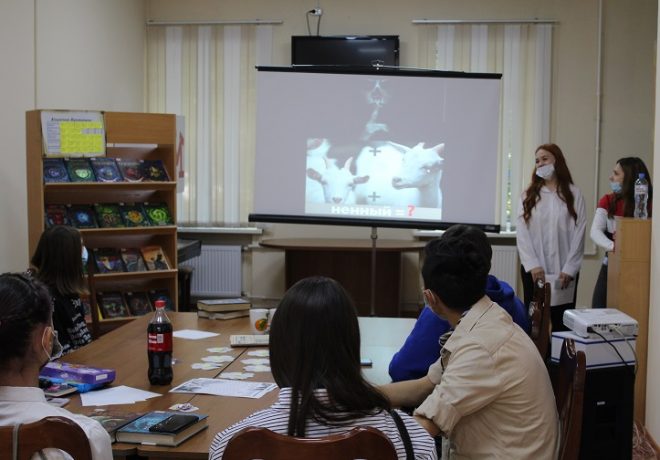 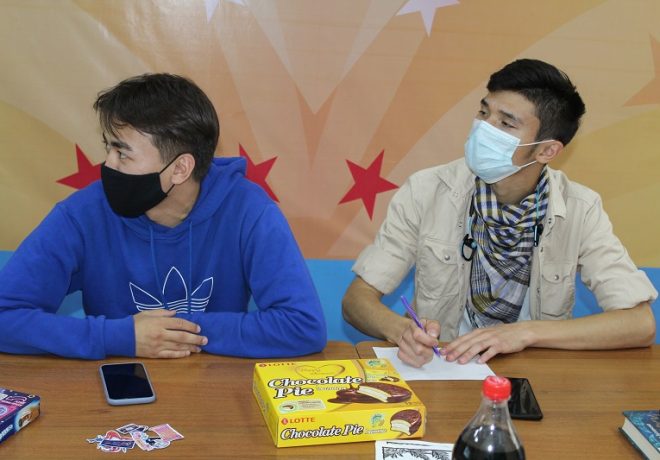 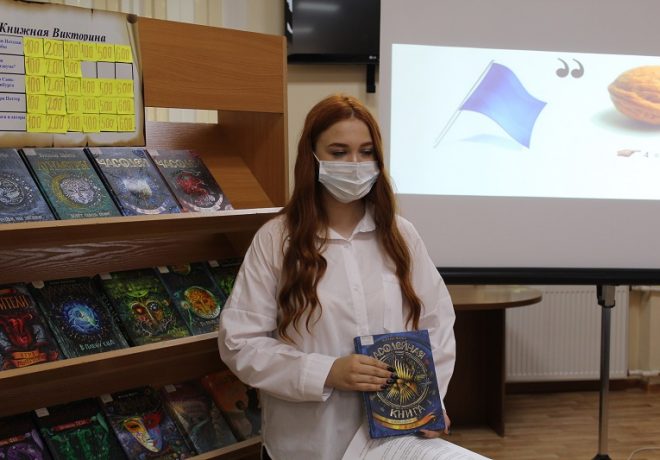 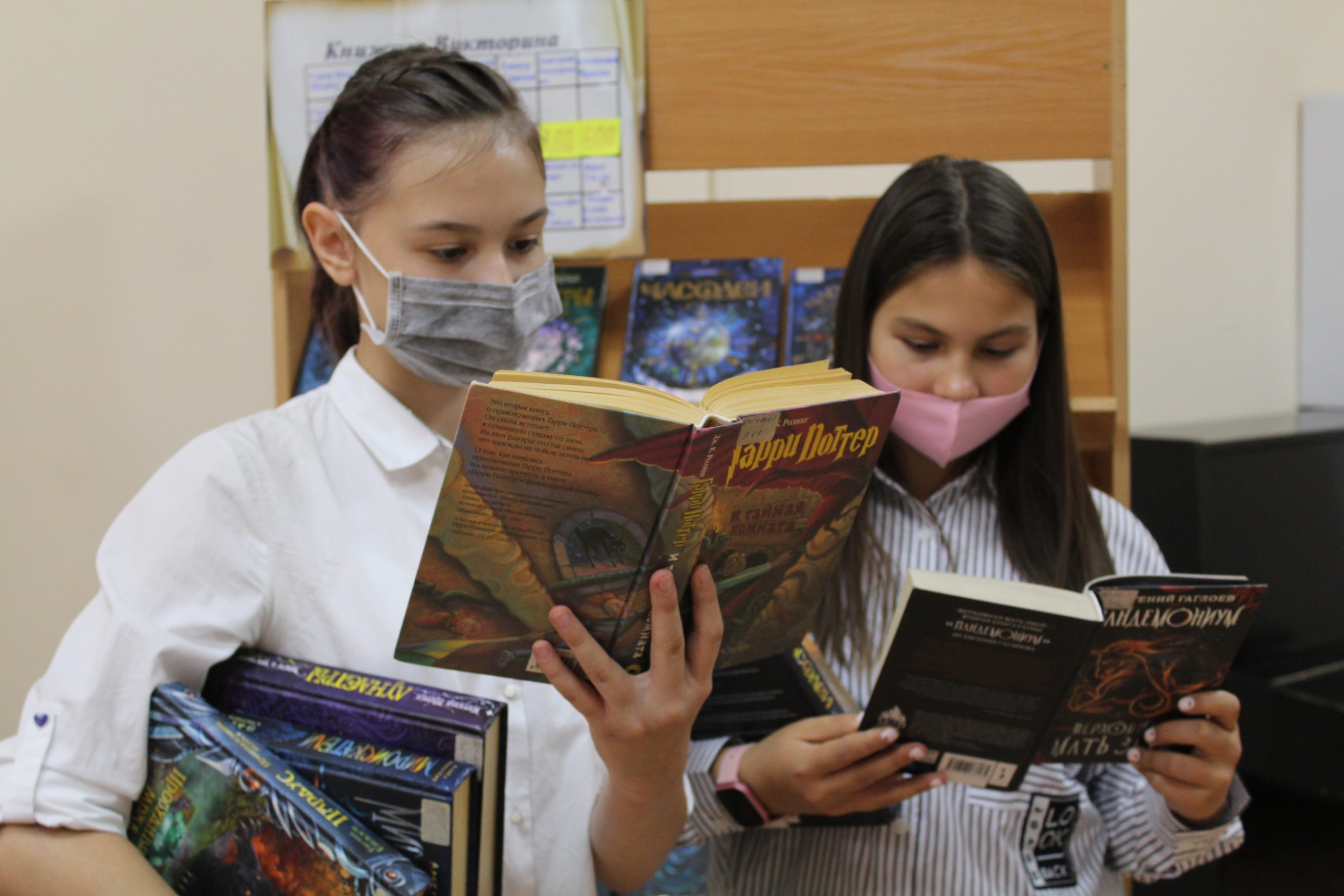 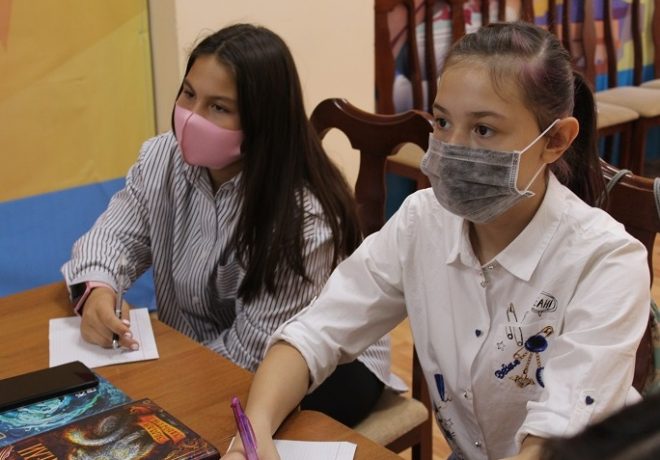 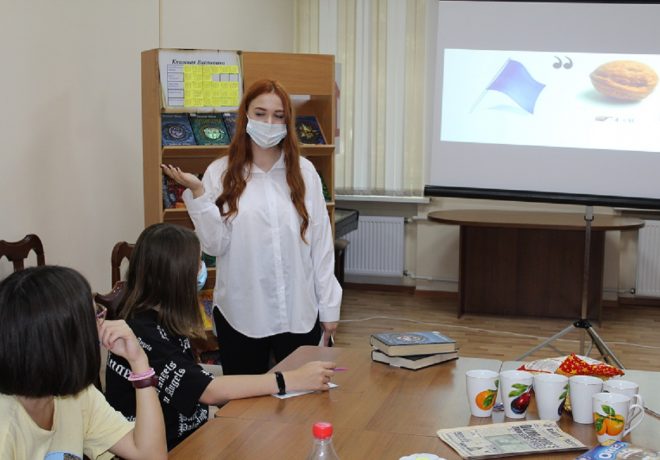 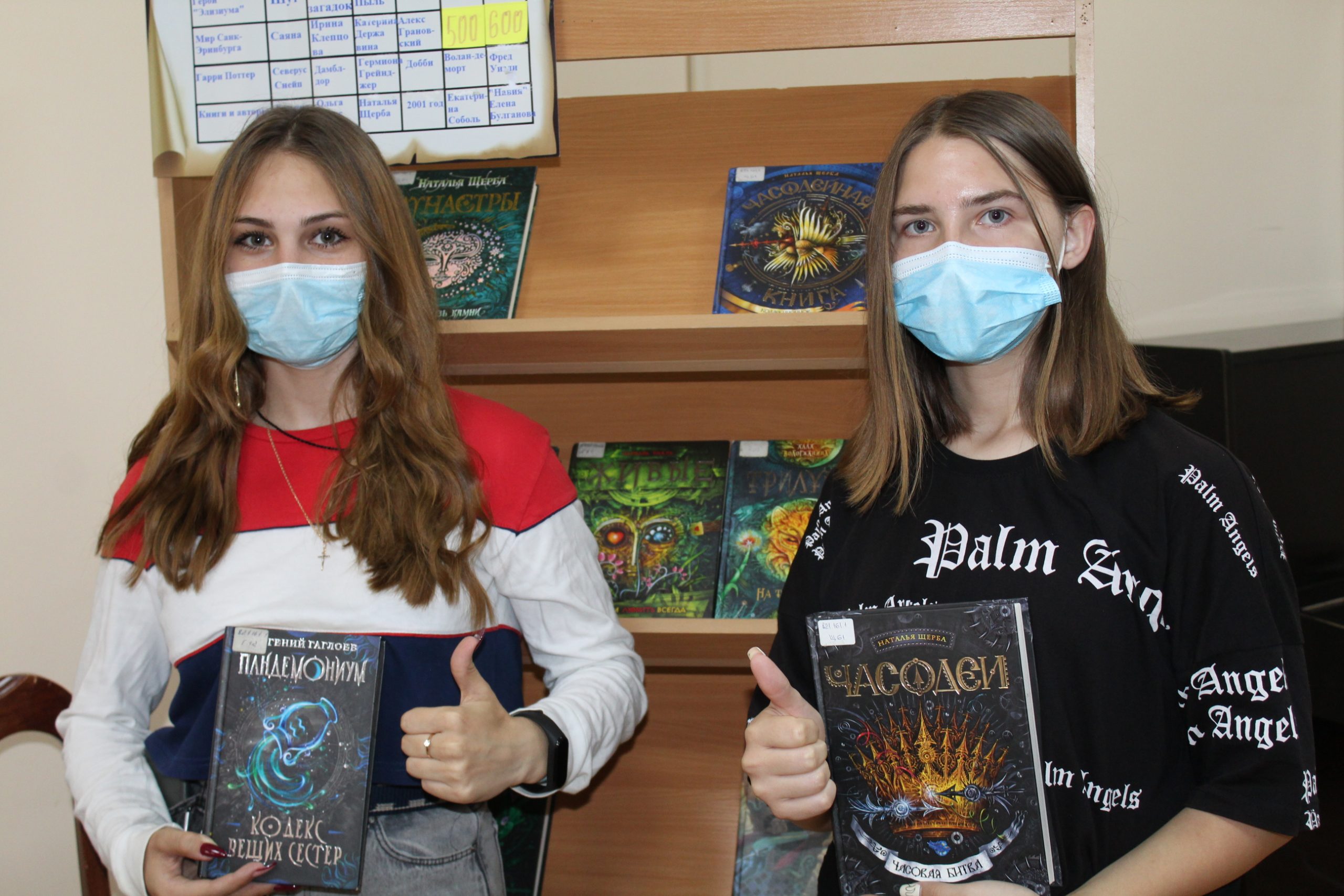 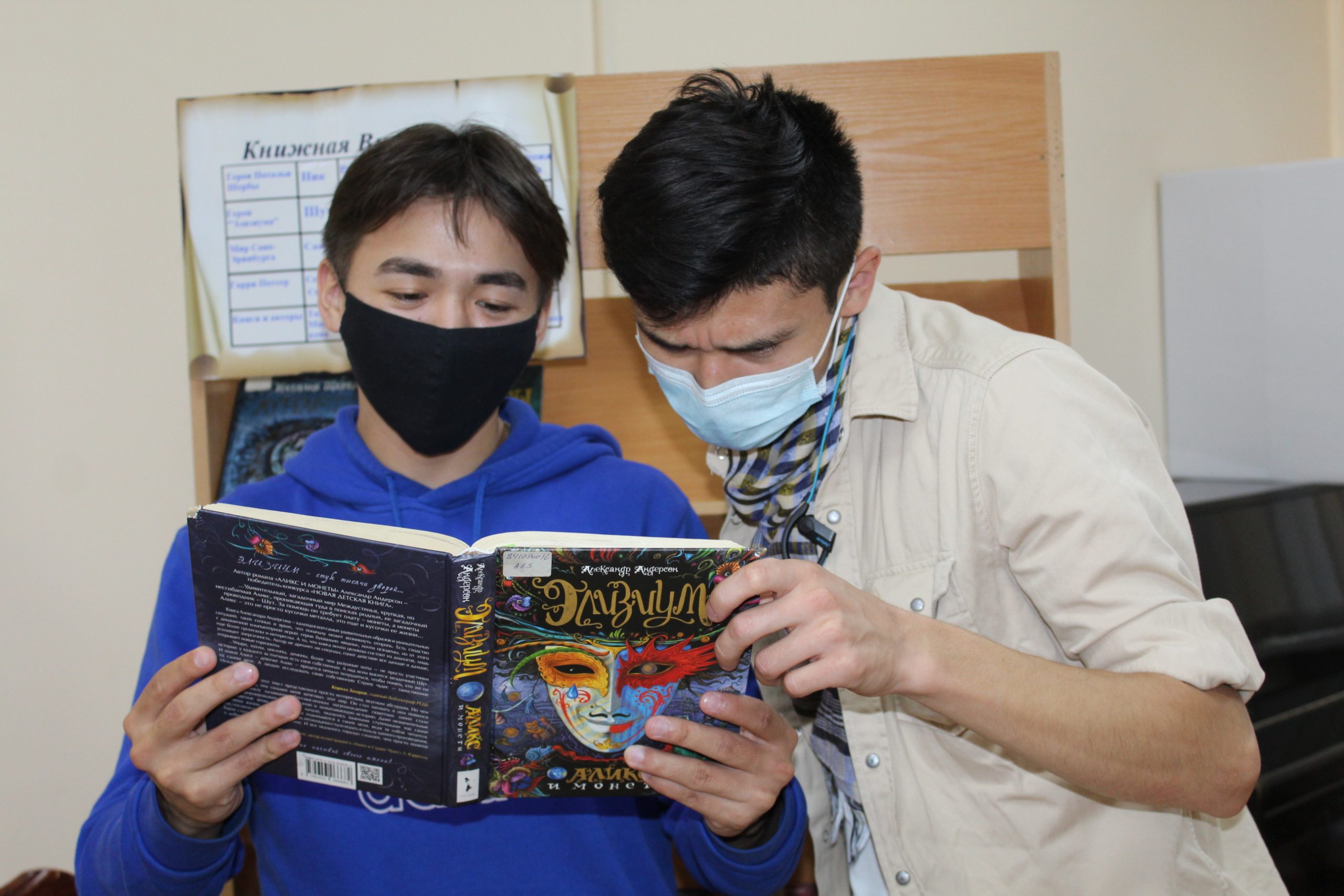 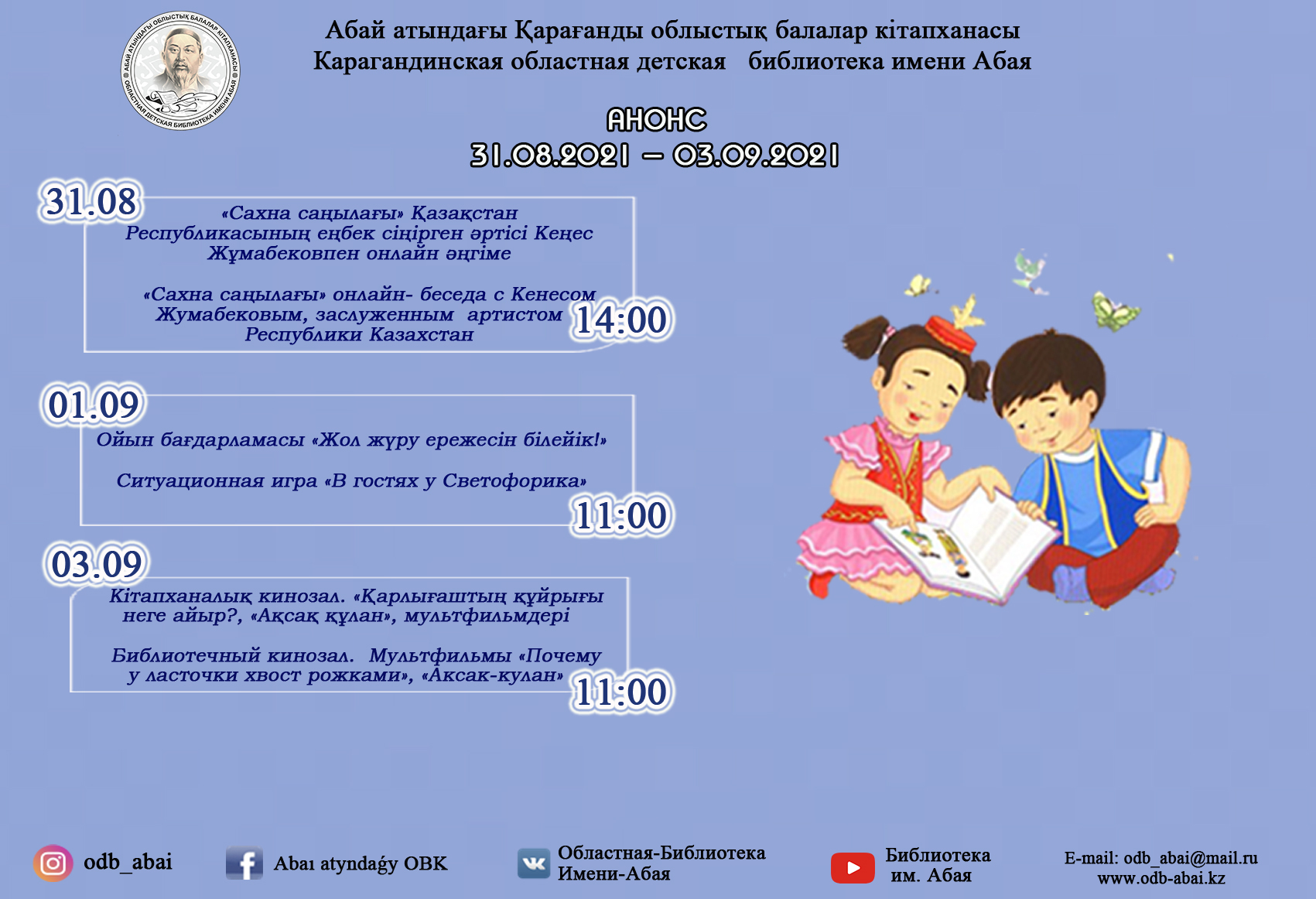 On the eve of the Constitution Day, the library organized a book exhibition “Ata Zanym aibynym!”, based on the materials of which the video review “Azat eldin ar namysy – Ata Zan” was prepared and posted on social networks.

Scientific and educational publications, historical chronicles, reference and illustrative manuals, articles from periodicals were presented at the exhibition. 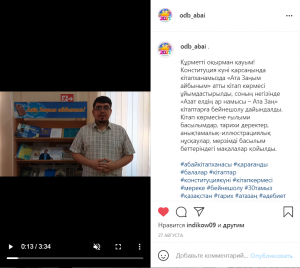 A live broadcast was held in the Abai library on August 18 with the participation of the Kasymologist, the teacher of the Kazakh language of the cultural center “Korkyt-Abai ” (Paris), candidate of philological sciences Altunay Kuralai Magikizi on the occasion of the 110th anniversary of the birth of our compatriot, poet Kasym Amanzholov. The purpose of the event is to popularize the work of Kasym Amanzholov, form the literary preference of Karaganda residents, and promote the poet’s work.

During the conversation, some facts from the biography of K. Amanzholov were sounded, questions about the peculiarities of the author’s work were raised. Altunay K. noted that the works of Kasym are known in France, they are quite popular, and the diaspora of Kazakhs celebrates the anniversary date and popularizes Kasym’s work among the younger generation. 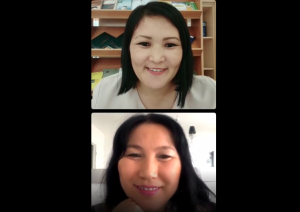 In the year of the celebration of the 30th anniversary of Independence of the Republic of Kazakhstan, Abai Day, celebrated in our country for the second time, takes on a special meaning and depth. The famous akyn can rightfully be called a spiritual leader and a great teacher of the people. Abai not only laid the foundations of the written tradition in the history of Kazakh literature, enriched poetic art and genre diversity, but established strong ties with world culture, rising to the level of universal human values. The library named after Abai annually organizes various events, reviews of exhibitions, quizzes, etc. on the occasion of the poet’s birthday.
This year, on August 9, for users of the social networks Instagram, Facebook, videos “Dedicated to Abai …” with the participation of librarian Lebedov O. and reader Tursynbek N. were displayed, which tell about the monument to A. Kunanbayev in the city of Karaganda.
On August 10, on the social networks Instagram, Facebook, VKontakte, a biblical journey “Abai – Uly akyn “, dedicated to the poet and philosopher Abai Kunanbayev, was displayed. The works of the great poet were read by our readers T.Akhmetova, Sh.Mansur, N.Tursynbek, A.Vladimirkyzy. During the walk, the guys talked about what places in Karaganda are associated with the name of Abai and read poems.
In the stories on the Instagram network for young Abai scholars, an educational insta-quiz was posted in two languages, which helped to recall the well-known facts from the biography of Abai Kunanbayev.
A book exhibition “The great Abai of the great nation” was organized in the lobby of the library.
From the library stock the following were presented at the exhibition: M. Auezov’s novel “Abai”, published in 1948; A. Kunanbayev’s book “Selected” in 1951, as well as translations, words of edification, poems, books from the series “Abai academies”, published for the 175th anniversary of A. Kunanbayev and others.
During an individual review of the book exhibition, librarians told about the unique painting “Portrait of Abai” and the bust “Abai” created by the sculptor H. Nauryzbaev in 1954. 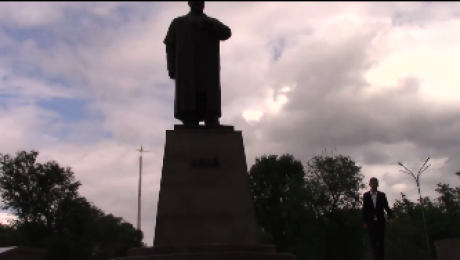 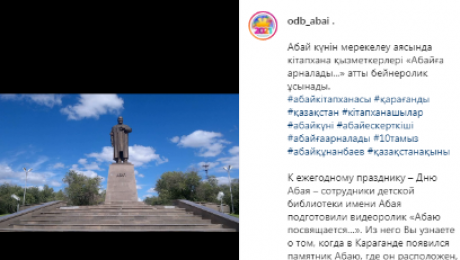 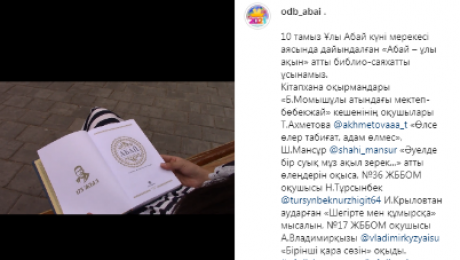 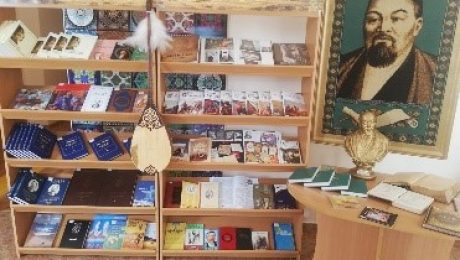