He ia a public figure, an Abaeved, composer.He was born on April 1, 1952 in the village of Kainar in the Abai district of the Semipalatinsk region. He grew up in the city of Karkaralinsk. After graduating from the Kazakh secondary school №1 Karkaralinsk city entered the Karaganda Polytechnic Institute with a degree in mechanical engineering (1969-1974.), and later he graduated from the Institute of Language and Translation "Lingua" specialty Translation Studies (2006). Graduated from the Law Academy "Themis" - Bachelor of Law (2007).

He began his labor activity in the city industrial combine of the city of Stepnyak, Kokshetau region, as chief engineer (1974-1977). From 1977 to 1978 he worked in the Karkaralinsk regional association "Kazselhoztekhnika" as a master of the motorcade, deputy manager of the regional association.

From January 2005 to August 2010, he was the head of the department for the development of languages in the Karaganda region. Since 1980 to the present time

Bakhytkali Musabekov is known for a number of creative projects, including the school of oratory, based on ancient Kazakh traditions, and composer talent.

B. Musabekov with music is friendly since childhood. He mastered the game on accordion, wind instruments, pianoforte, during the years of his studies he played in the orchestra of the Polytechnic Institute. He composed the first melody in 1974. His work prompted Abai's line: "Everyone can get fed up with the soul, Only the song is always good." Later, he will put these lines on the music, and a popular song will be born. And Bakhytkali dedicated his first song, "Aksynkardai baulygan", to his father. She writes songs dedicated to her mother, her native Karkaraly, the city of Karaganda.

For many years Bakhytkali is a member of the Karaganda Composers' Club. A collection of 21 songs by an amateur composer was released.

Since childhood, Bakhytkali Musabekov from books and newspapers wrote out in the notebook statements of Kazakh thinkers, struck him with his depth. The result of all these youthful meditations became a burning desire to share the rich heritage left by great ancestors, with contemporaries. Bahytkali Musabekov wrote a lecture, which was in Zhezkazgan, Satpayev, Zhayreme, Ulytau, Priozersk, Balkhash. He wrote the book: "Koshbasshy bolyga yireneyіk" (2014) - psychological observation of the human qualities of leadership, based on the teachings of Dzhona Maksvella; "The tehnology of reaching the aim" (2014); "I want to live" (2013); "Sen bala bolendi, Ana" (2013) - a collection of songs, music edition; "The sleeping heart, can wake up the song" (2016) - a collection of songs. With the support of the Regional Center for the Retraining of Civil Servants, the book "Ten Lessons of Orator Arts" was published.

Musabekov is also the author of psychological lectures and training "Technology of reaching the aim."

In 2016 he published a book ( "If you want to be happy"), an edition of five hundred copies, and published at the expense of the author. 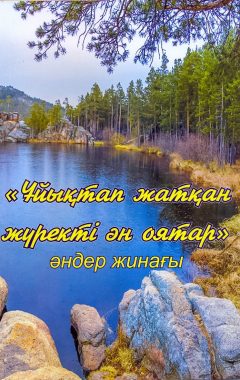 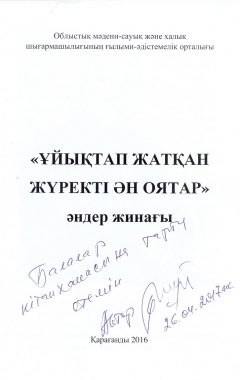 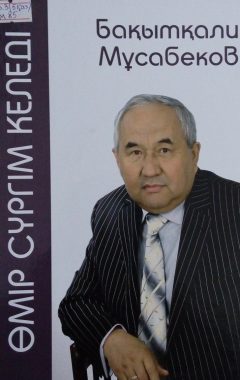 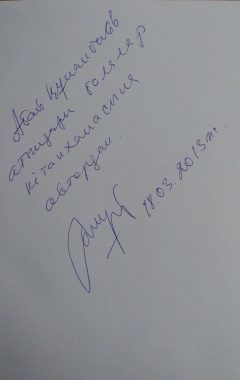 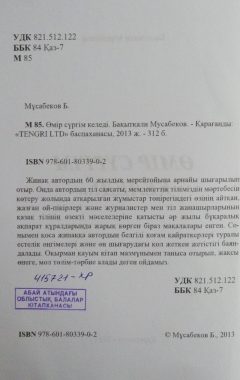 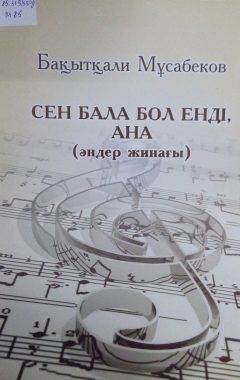 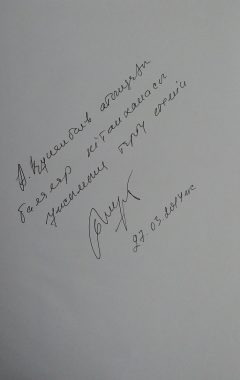 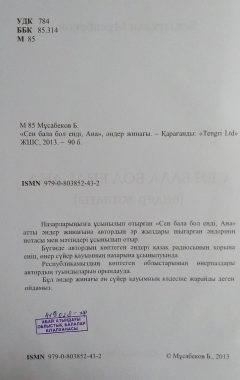 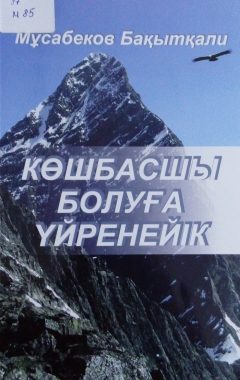 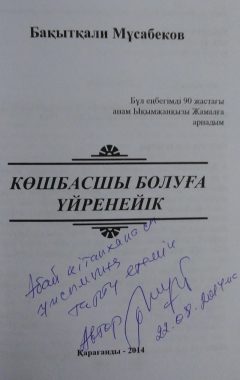 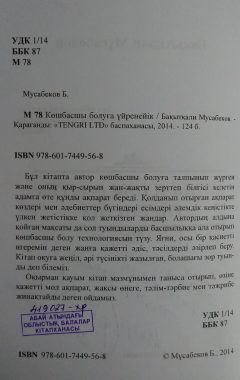 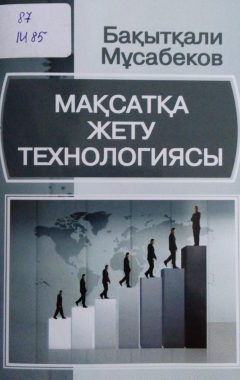 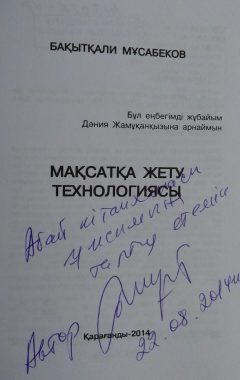 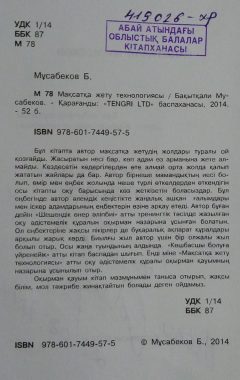