On the 30th of January for the teachers and educators of the KSU “Children’s home for children with disabilities in development” the library staff conducted an information day “Sacred Map of the Karaganda Region”.

To the attention of teachers were presented book editions-photo albums about the natural and historical monuments of the region “Saryarka. The Land of Treasures “,” Ylytau “,” Uyq shanshylgan Ylytau “.

Particular attention was paid to the publications received as a gift from the Regional Project Office “Ruhani zhangyru” of the Karaganda region “The native land is a great place” and “The great belt in the history of the nation”.

Today, there have been identified 50 culturally significant sites in the Karaganda region. A careful study and definition of cultural monuments as sacred places is conducted. 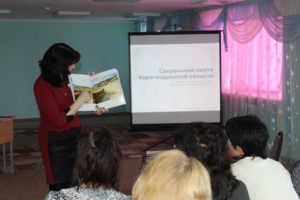 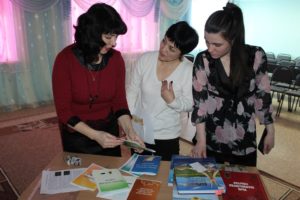 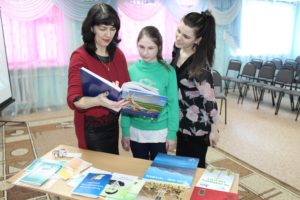