He is a well-known poet, honored worker of the Republic of Kazakhstan, member of the academician of the Academy of Journalism of Kazakhstan, winner of the Union of Youth of Kazakhstan and the international literary prize "Alash", laureate of the State Prize Ulykbek Esdauletov born April 29, 1954 in the village of Ulken

Karatal Zaisan district of East Kazakhstan region. He started his career in 1971 as a proofreader of the regional newspaper "Communism Tui".

He graduated from the Faculty of Journalism of the Kazakh State University named after S. Kirov, higher literary courses at the Literary Institute named after M. Gorky.

Ulugbek Esdauletov is actively engaged in translating poems of poets of near and far abroad. In 1984, his translation included a collection of poems by Mongolian poets Dos zhuregi. He translated the poems of M. Lermontov, A. Blok, D. Kedrin, B. Slutsky, N. Rubtsov into Kazakh.

Since 1996 U. Esdauletov has been working in the Department for Cultural Relations, Humanitarian Cooperation and UNESCO Affairs of the Ministry of Foreign Affairs of Kazakhstan. He was awarded the order "Kyrmet". 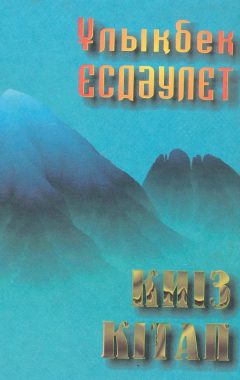 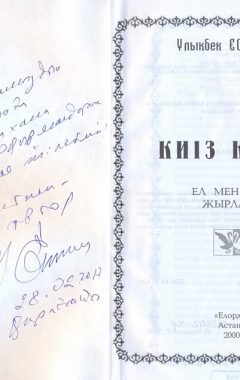