«Formula for Success» with the participation of Marat Bisengaliev

Once again, the television project “Formula for Success” meets a famous person on its site. On September 10, the children of the city’s schools, keen on music, held a dialogue with the Kazakh violinist, master, virtuoso Marat Bisengaliev.
Marat Bisengaliev has his own unique style of play, possesses the richest technique and vivid emotionality. The British newspaper “The Times” called the musician “brilliant violin soloist”, and the American magazine “Fanfare” – modern Izaya.
From the first minutes of the meeting, the guest announced that he did not like titles and asked to call him simply “Marat”, despite his considerable age.
For the hero of the program, music turned out to be everything. From early childhood, he was sure that his whole life would be connected with the stage and playing the violin. The family supported the beginnings of the young violinist.
Today, Marat Bisengaliev is a recognizable world personality, who founded the first professional symphony orchestra in the history of India, is one of the directors of (Alliance of Symphony Orchestras of the Asia-Pacific Region), has many awards for his skill and innovative ideas.
The guest told the guys in the studio what difficulties he had to face while studying at the Moscow Conservatory, about his unforgettable trip to Colombia, his books “Do … Re ..” and “Mi … Fa …”, his childhood dream – a car ” Mercedes ”, which was a certain stimulus in his life.
The children were interested in the story about new technologies in classical music performance. Marat has developed a program and created a VR helmet for students, where additional reality helps to plunge into the atmosphere of a symphony concert, launches the Mission to Mars concert program using quad sound. He is constantly on the lookout for new formulas for presenting classical music.
The guest of the program advised the children to find their hobby, which will eventually become a profession, and this will be a combination that will bring success. “Life is a zebra, it is inevitable, you need to learn to pass with dignity, both ups and downs,” said Marat Bisengaliev.
Marat Bisengaliev can rightfully be described as an original, creatively courageous, capable of experimentation and innovation, a musician and conductor full of vital energy.
At the end of the program, the guest presented the children with CDs with musical compositions for the most interesting questions.
Traditionally, the meeting ended with a book gift. From the organizers, the main character received a gift book “Words of edification” by Abai Kunanbayev and a memorable souvenir “Formula of Success” – a statuette-symbol of success. 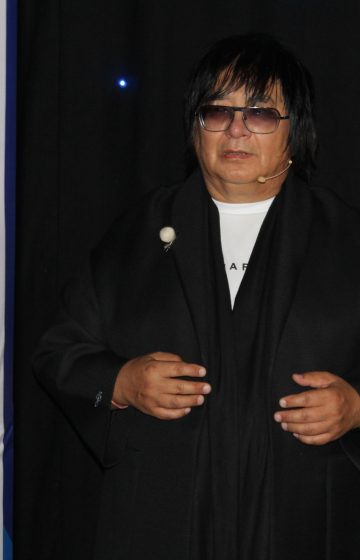 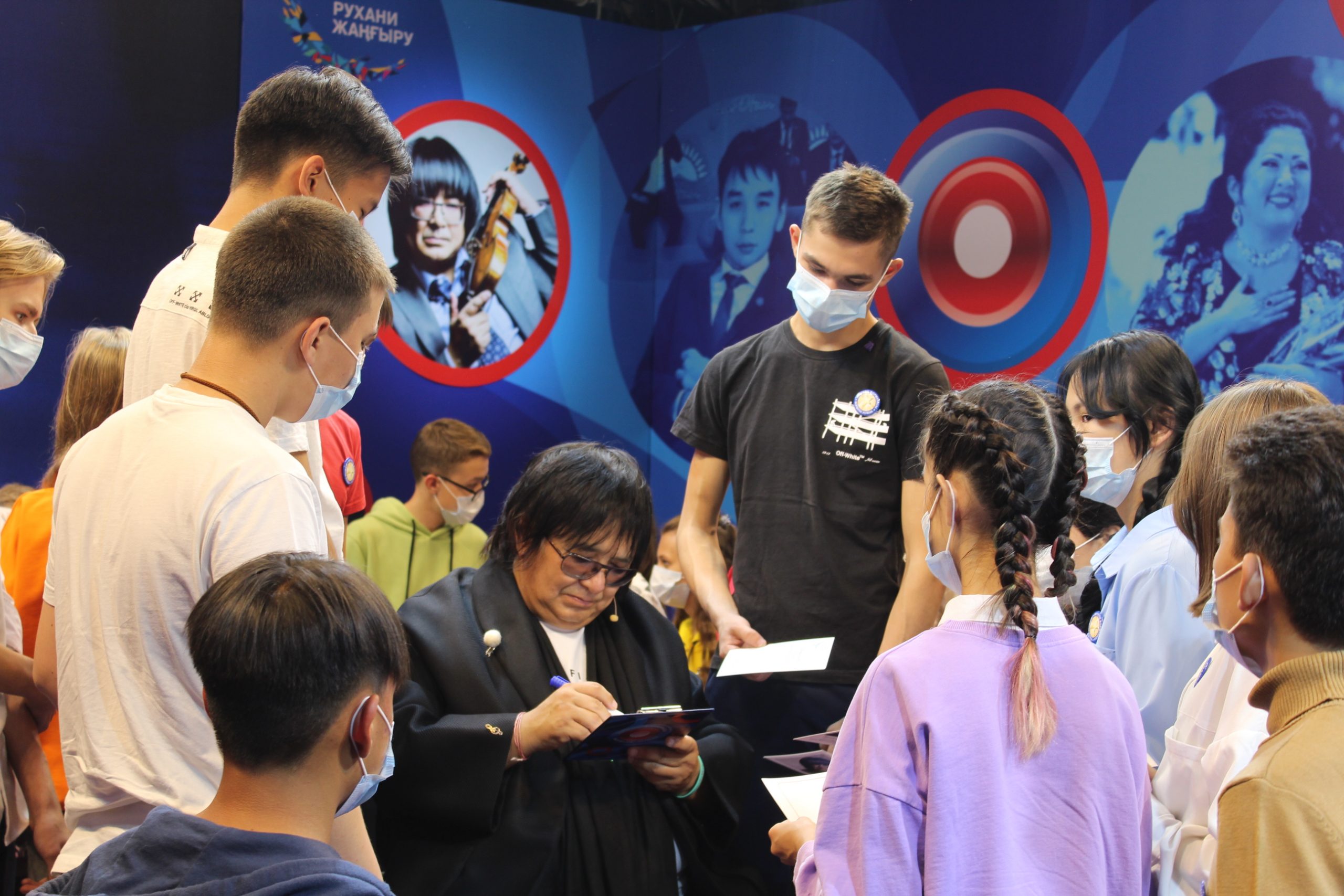