May 19 in the regional children’s library named after Abai had a meeting with the famous children’s writer, laureate of the International Literary Prize “Alash”, Cultural Worker of the Republic of Kazakhstan Tolymbek Abdraim. The event was organized within the framework of the regional library project “We create for you, children!”, dedicated to Children’s Day in Kazakhstan.
The aim of the project is to introduce children and adolescents to reading modern Kazakhstani literature through acquaintance with its authors. As part of this project, it is planned to organize a series of meetings with famous children’s writers, poets, playwrights and illustrators of children’s books.
One of the first guests of the project was a children’s writer, holder of the badge “Ybyray Altynsarin” of the Ministry of Education and Science of the Republic of Kazakhstan, laureate of the International Literary Prize “Alash” Tolymbek Abdraim. The writer’s Peru owns 10 collections of short stories and novellas, most of which are addressed to children. One of the collections – “Alabuga aulagan kun” in 2021 was included in the list for general reading as part of the republican action “Bir el – bir kitap”.
Meetings with the writer were held not only in Karaganda, but also in the Abai and Bukharzhyrau regions. In total, more than 100 people took part in the events – students of the middle classes of urban and rural schools of the region. 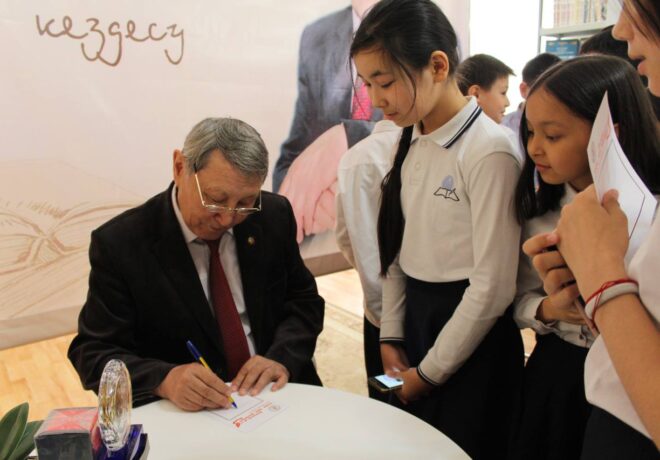 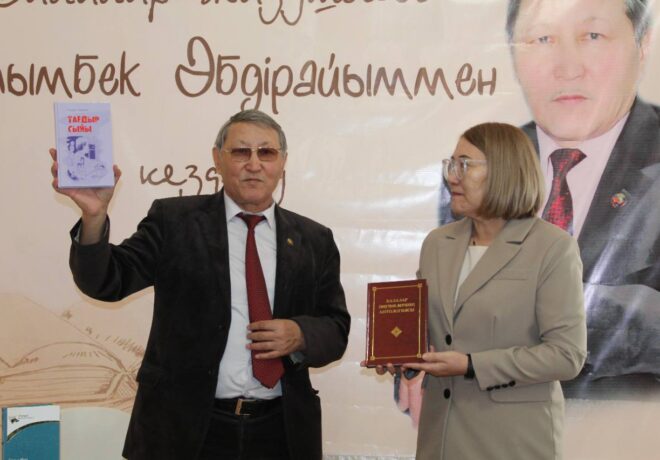 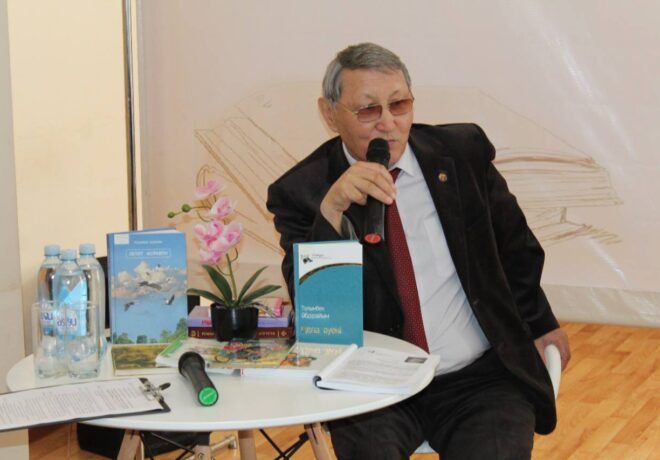 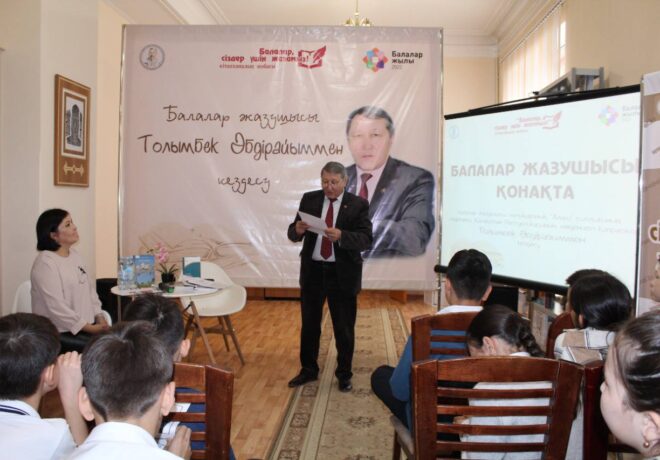 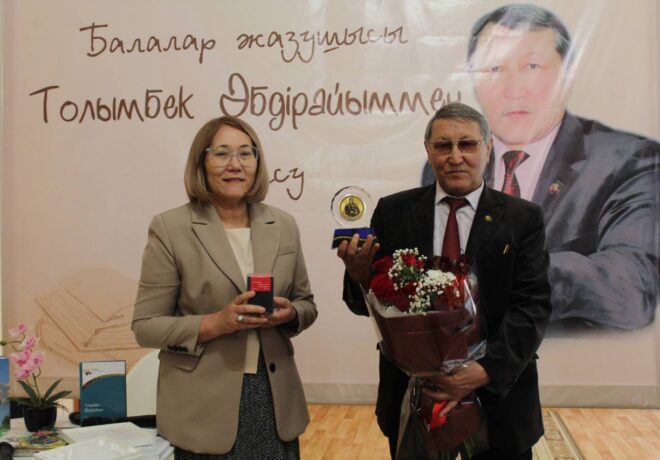 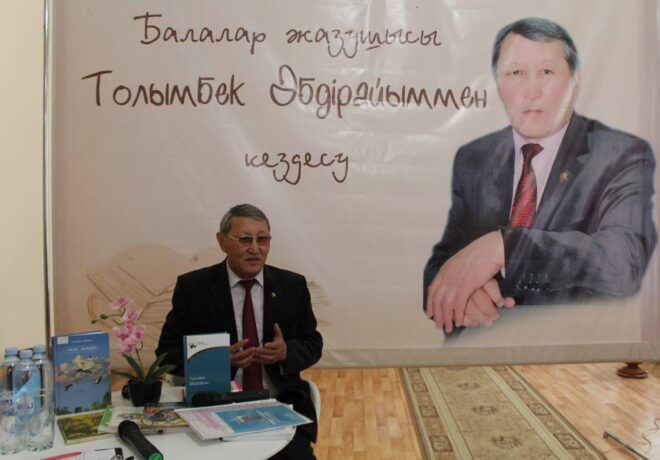