Currently, huge interest in the world is directed to the national housing of the Kazakh people – YURTE. Ancient Kazakh wisdom says “Alash is our ancestor, a tree is our kerege.”

A yurt is one of the centuries-old relics of the Kazakh people, a form and essence that has been preserved to this day. The whole life of the Kazakhs was connected with the yurt. Shanyrak was a family heirloom, passed down from generation to generation. The round shape and mobility of the yurt reflect both protection from the weather and the economic lifestyle of the nomad. The list of intangible cultural heritage of UNESCO included the skills of making yurts and the Kazakh dombra kui.

The skills of making yurts and the Kazakh dombra kui are included in the UNESCO intangible cultural heritage list.

In order to revive national values among young residents of the city, in October and November, the city’s schools will host master classes in training on the assembly of the steppe dwellers, which is popular not only in Kazakhstan, but also abroad.

The first master class was held for students of 8th grades of the school – gymnasium 102.

The guys, having familiarized themselves with the history of the invention and the main elements of YURTA, took a great interest in assembling it with the help of the ethno-designer “Yurt” made from environmentally friendly raw materials. 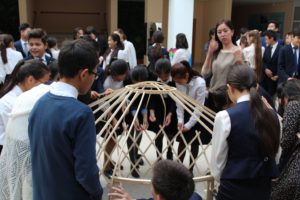 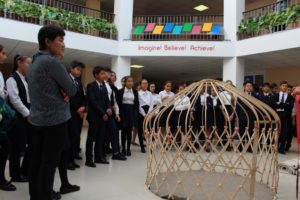 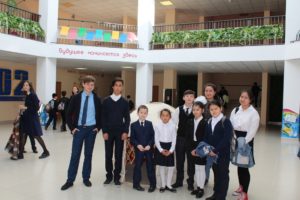 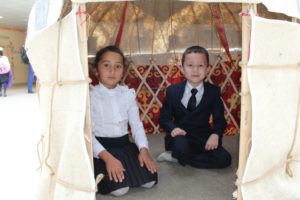