He is a public figure, publicist, poet, veteran of labor, member of the Union of Journalists, freelance correspondent of the newspaper “Industrial Karaganda”, chairman of the Council of Veterans of War and Labor of the Kazybek bi region.Ergazy Zhazykbaev was born in 1941 in the village of Besoba in the Karkaralinsk district of the Karaganda region.

In 1958 he received a ten-year education. He entered the Alma-Ata Agricultural Institute as a mechanical engineer. During his studies he often spent literary evenings and creative meetings with famous people of his time: Alkey Margulan, Kasym Kaisenov, Olzhas Suleimenov.

Since 1967, he worked in the Karkaralinsk district as a chief engineer, then director of the water management department.

The first poem “Koktem lebi” was published in the newspaper “Communizm tany”. The works of the young talented poet were printed in the student newspaper “Harvest”, “Leninshil zhas.” He was invited to the Kazakh television studio, where he met with famous writers and poets M.Shakhanov, T.Aybergenov, A.Baktygereev.

In 2003, the Karaganda publishing house “Arco” published the book “Asyl Zhar” – a collection of poems, songs and a poem with the same name.

Since 1996 he is on the deserved rest. Active participant of literary evenings, organizer of the action “Kind heart”, holidays for veterans, invalids, pensioners. In close contact, he cooperates with the regional akimat, heads of enterprises, and conducts charitable work. 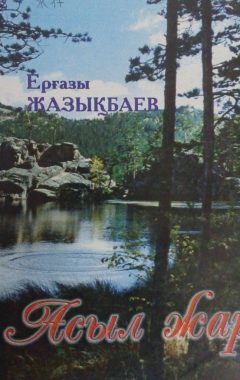 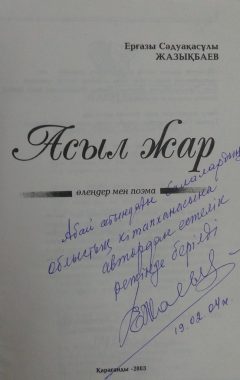 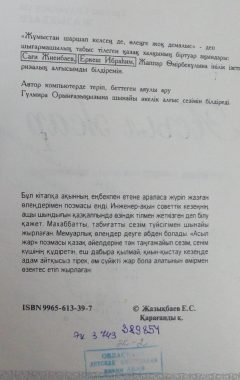