On October 22, within the framework of the library project “Benefit Show“ Formula of Success ”, children from school № 21, school № 83 named after G. Mustafin, gymnasium № 97 (24 people) gathered to get acquainted with an amazing personality and learn more about the life of a successful athlete in studio of the TV channel “SARYARQA”. The program aired on November 6.

The life of an athlete is filled with many events – both ups and downs. Everyone goes to victory through great efforts and experiences. How to become a master of sports, reach heights in your sport, be confident in yourself? These questions arose among adolescents during the next shooting of the “Formula for Success” program.

“Women’s wrestling is not a sport, but rather life,” the guest of the program, a Kazakh athlete, Honored Master of Sports of the Republic of Kazakhstan, freestyle wrestler, bronze medalist of the 2016 Summer Olympic Games Elmira Syzdykova, is sure of this.

Even men can envy the character and will of a young girl. The thirst for victory flared up in the heart of Elmira after the first significant successful competition. Parents have always supported the athlete in her endeavors, and her brother Raimbek brought her to the wrestling section.

In everyday life, Elmira Syzdykova is an ordinary girl, she loves to cook, is passionate about knitting, in her free time she reads classical literature, which she recommended for children to read. Among the writers, he singles out the modern Turkish author, laureate of several national and international literary prizes, including the Nobel Prize in Literature, Orhan Pamuk.

Elmira is an example of the sporting success she has achieved through hard training, dedication and discipline.

The dialogue between the project participants was very rich, the children were interested in absolutely everything: Elmira’s childhood, her hobbies, dreams, plans for the future, family values. There was a question about the “recipe” for success, to which the athlete replied: “The most important thing is the goal and belief in your victory”.

According to the condition of the benefit show, the guest identified the most active participant, she turned out to be a student of 9 “B” class of secondary school №21 Madina Khazhimamatova. Elmira gave her a soft toy as a keepsake.

The organizers of the project presented the statuette “Formula for success” – a symbol of success and recognition, as well as the “Book of Words” by Abai Kunanbayev and the book by A. Toktabay “The history of Kazakh horse”.

Elmira Syzdykova is a Kazakhstan wrestler, multiple medalist and winner of international tournaments. Performs in the weight category up to 76 kilograms.

… According to her, she plans to start a family after the completion of the Olympic Games in Tokyo, which will be held in 2020. 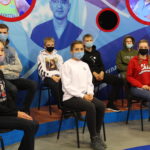 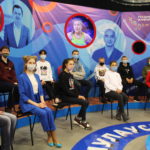 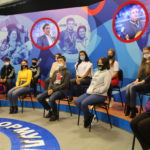 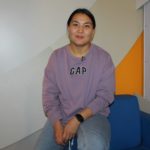 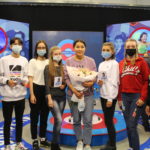 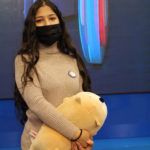