On October 7, 2020, television filming of the “Formula of Success” program took place on the “SARYARQA” channel as part of the library project of the same name, included in the Republican Register of events of the “Rukhani Zhangyru” Program.

A young teacher from the city of Aktau, the winner of the international competition in the nomination “The best chemistry teacher in the world” Zhiger Teleukhanov and students of the boarding school “Bilim-innovation” №1, gymnasium №92 and school №17 met at the dialogue platform. The teacher from Aktau is a polyglot, knows seven languages, graduated from KazNU named after al-Farabi, studied in England and France.

During the meeting, Zhiger Erbolovich told the students about his childhood and upbringing in the family, how he became a teacher, why he chose pedagogical activity. The participants of the program asked the guest questions about modern chemical science and its development, about the role of teaching in society and the secret of the success of a young specialist.

The guys listened with enthusiasm to the guest’s recollections of the international competition, which was held in London with the participation of more than 100 teachers from around the world. The winner of the competition was awarded a certificate for free master’s studies in England. Zhiger Teleukhanov was recognized as the best teacher of chemistry, but the young man refused the grant in favor of his students from the Bilim-innovation lyceum in Aktau.

“I have responsibilities. For me, the real patriots of their homeland are Alikhan Bokeikhanov, Akhmet Baitursynov, Abai Kunanbaev. At one time they were in favor of the younger generation being literate. We must continue the work of our ancestors, ”says the teacher.

At the end of the program, under the terms of the benefit, the guest chose the question he liked the most and presented the author of the question with a gift. It turned out to be a student of the boarding school “Bilim-innovation” № 1 Aybar Zholdybek, who was lucky enough to receive a motivational book by Vanessa van Edwards “Science of Communication” as a gift.

The organizers of the project presented  the statuette “Formula of Success” a symbol of success and recognition, as well as the book of Abai Kunanbayev “Words of Edification” and the encyclopedia “The history of Kazakh horse”. 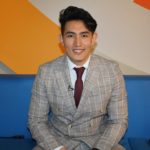 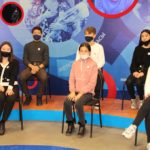 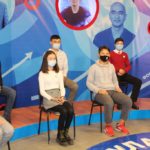 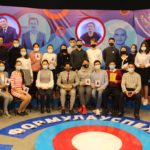 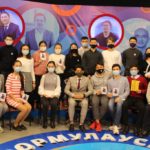 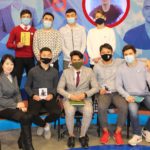