On February 22, a book exhibition “Great national Guide” began functioning in the library, revealing the contribution of the First President of the country – Leader of the Nation Nursultan Abishevich Nazarbayev to the formation of the country’s independence.
2021 is the year of celebration of the 30th anniversary of Kazakhstan’s independence. A lot of trials fell to the lot of the young republic, which Kazakhstan was able to overcome with dignity. In many ways, the success was predetermined by the political will of the Head of State N.A. Nazarbayev.
In the eyes of the world community, the achievements of Kazakhstan and the activities of N.A. Nazarbayev have become inseparable elements of one whole. A new stage in the history of the country and the golden chapters of the Leader’s biography originate in 1991. Elbasy was at the political helm for 28 years, during which a huge step forward was made.
At the exhibition, readers will find books by Elbasy himself in the Kazakh and Russian languages, as well as monographs and colorful albums.
In total, 26 copies are presented at the exhibition. 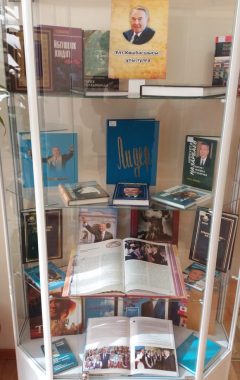 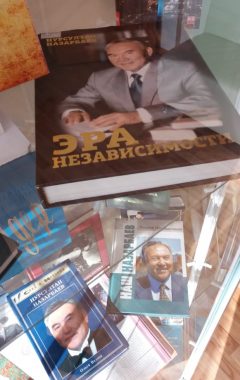 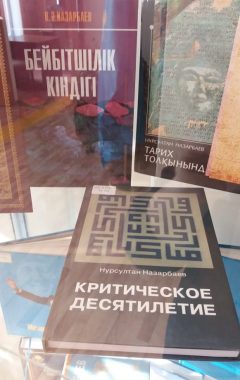