Book exhibition “Independence is a brave way of our nation”.

On January 13, a book exhibition “Independence is a brave way of our nation” started functioning in the library, organized as part of the plan of events dedicated to the 30th anniversary of the Independence of the Republic of Kazakhstan.

The exhibition reveals the main opportunities of an independent state, the country’s achievements in various fields, the role of the First President, Leader of the Nation N.A. Nazarbayev in the history of modern Kazakhstan. There are scientific and art publications, encyclopedias, colorful albums, collections of articles and materials from periodicals.

Among the exhibited literature, a special place is occupied by the book of N.A. Nazarbayev “Era of Independence ”(Almaty, 2017). The book reflects the view of the Head of State on the main events of our modern history, in which the President himself was a direct participant. The author reveals his understanding of the logic of historical changes and offers his vision of the near future.

Of great value is the encyclopedia “Kazakhstan’s people ” (Almaty, 2016), published on the occasion of the 20th anniversary of the ANC. The names of famous Kazakhstanis – our contemporaries, facts from the history and modern life of our country, information about the culture of ethnic groups and much more will be found in this book by the reader.

Large encyclopedic edition “Regional sacred objects “(Astana, 2017) the richest information about the sights of Kazakhstan, containing architectural, cultural, historical, natural and geographical, rich in each region of the country.

Young readers will certainly be interested in the large album “Kazakhstan” (Moscow, 2001), published in the series “Children of the World Draw”. On the pages of this book there are many colorful drawings created by children of different ages. The theme of the works of young artists is very diverse: the past of Kazakhstan and our days, nature and cities, still lifes and portraits, reality and fiction.

Dear readers, check out other publications presented at the exhibition. The exhibition runs until the end of the year and will be updated. 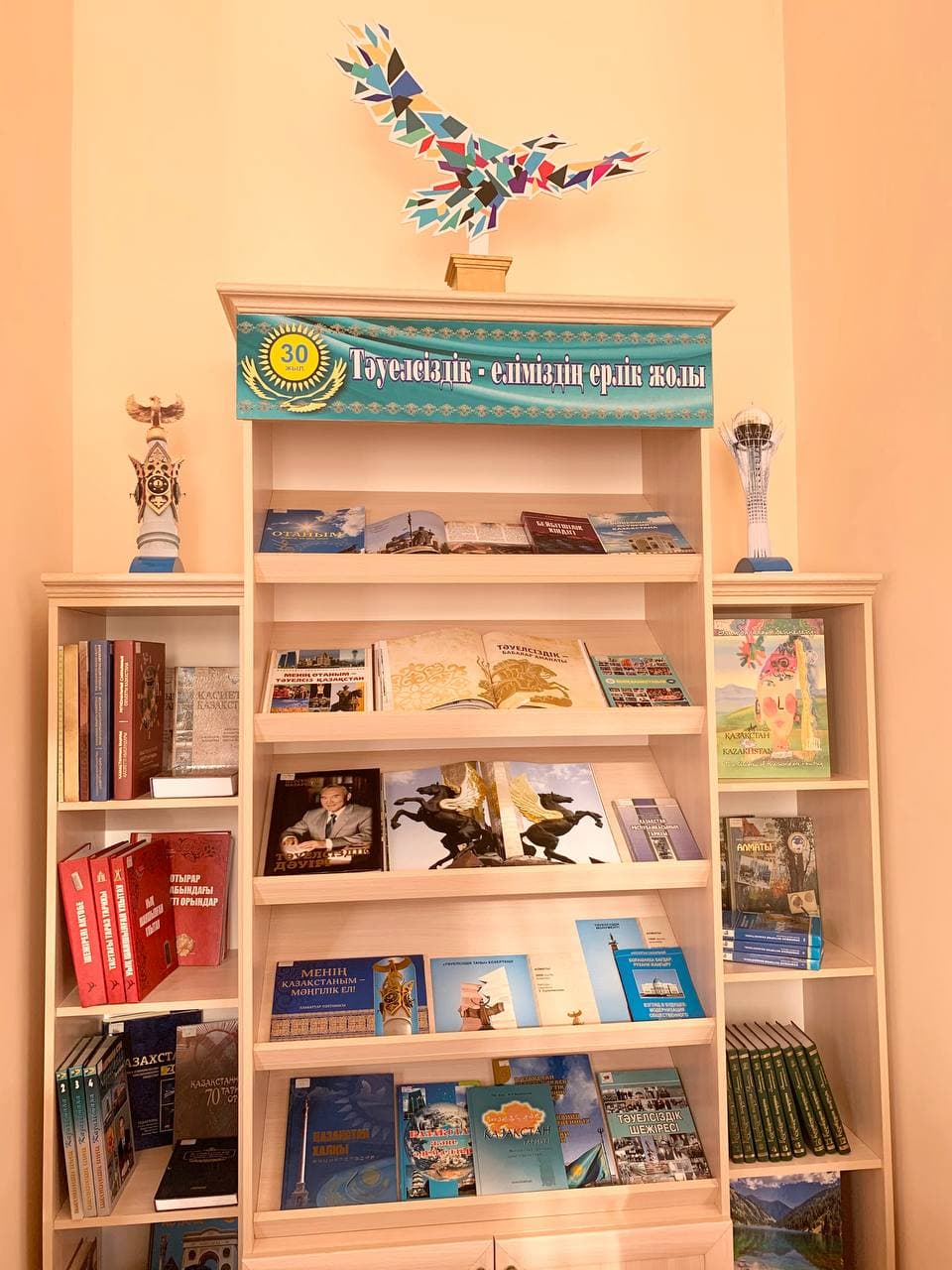 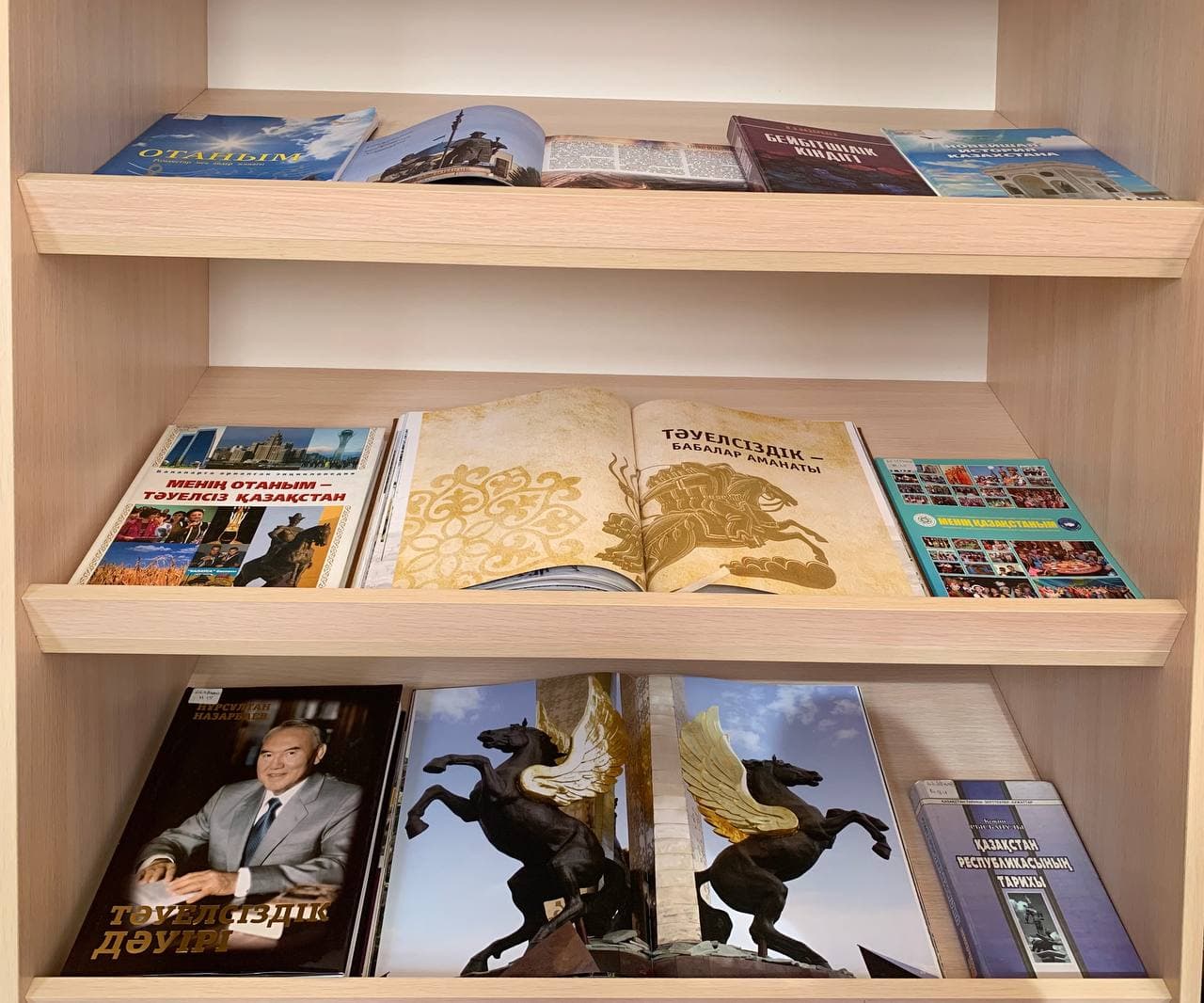 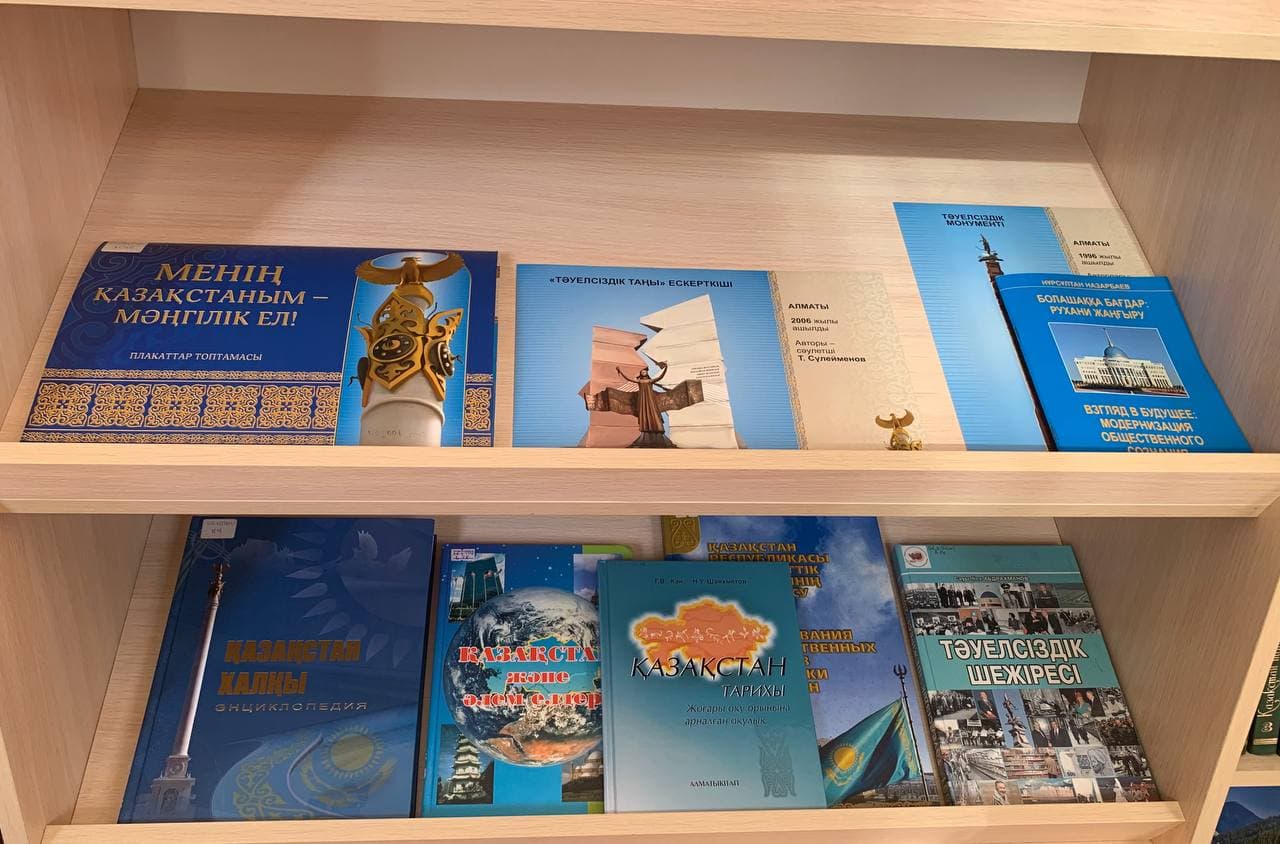