Dear friends, the library staff wishes you a Happy New Year! May this year bring us all many bright events, new friends and interesting books!

This year promises to be memorable. Many anniversaries await us this year. Perhaps the most important anniversary, the celebration of which will unite Kazakhstanis even more, will be the 30th anniversary of the country’s independence.

But for the residents of the Karaganda region, there are many reasons for joint celebration. And on the very first working day of the new year, the book exhibition “Tugan olke  – Tungan Tarikh” begins for our readers, which will acquaint with the largest anniversaries of our city and region.

In 2021, it will be 85 years since the founding of the Karaganda region. The region, formed in 1932, occupied a large area of ​​the territory of Kazakhstan. And only after the division in 1936 into North Kazakhstan and Karaganda, our region took shape closer to the modern borders.

At the exhibition, readers will find two large encyclopedias (1986 and 2006) containing very detailed information about our region. In 2018, within the framework of the Rukhani Zhangyru  program, a textbook for grades 5-7 of the secondary school “Regional Studies: Karaganda Region” was published (Almaty, 2018). It will be interesting to get acquainted with the editions that have now become rarities – books published in the 60-80s.

The reader will find at the exhibition books on other cities and regions of the region. A separate collection is dedicated to the city of Temirtau, the famous Magnitka, with which the name of the First President of Kazakhstan N.A. Nazarbayev is forever associated.

There were also dark pages in the history of the region: KarLAG, the Great Patriotic War … And there was a place for them at this exhibition.

155 years from the date of birth this year marks one of the most famous figures of the movement “Alash” Alikhan Bukeikhanov. In the year of the celebration of the 150th anniversary of the Alashorda, the Astana publishing house “Saryarka” published a multivolume collection of A. Bukeikhanov’s works (Astana, 2016) – the most complete to date. In 2017, the monograph by S. Akkula “Alikhan Bukeikhanov. Gatherer of Kazakh lands” (Astana, 2017) in two languages. The scientific work is a very deep historical study that reveals the versatility of the figure of a politician.

Alimkhan Yermekov is another hero of the age of Alashorda in 2021. The famous scientist, the first professor of mathematics lived and worked in Karaganda for many years, which made his name significant for our city. The exhibition presents the monograph by Zh. Kydyralina “Alimkhan Ermekov”, published in the series “Nartulga” (Astana, 2015). The image of Alimkhan the politician complements a number of monographs devoted to the history of the Alash movement.

The 85th anniversary of his birth this year would be celebrated by the beloved writer of Karaganda, Vladimir Litvinov. Vladimir Ivanovich owns many books written in prose and poetry for children and adults. The writer encourages his reader to love life, respect others, and take care of our smaller brothers. At the exhibition you can find such collections as “Mur-murr-meow! …”, “Noblewoman Chara”, “Do not forget these eyes for me”, “Unnecessary”. Litvinov was a patriot of his city. This is confirmed by the collections “I am with you”, “Where, where … In Karaganda!” and etc.

Another anniversary date that we considered necessary to highlight is the 80th anniversary of our fellow countryman, writer Sofa Smataev. The prose writer is a native of the Shet region. He penned both large works written in prose and poetry, and less large-scale ones – stories, stories, poems, dastans, plays.

Of course, these dates do not exhaust the richness of the literary calendar for this year. The exhibition will function until the end of the year, and therefore will be updated as new editions become available. We invite everyone to the library! 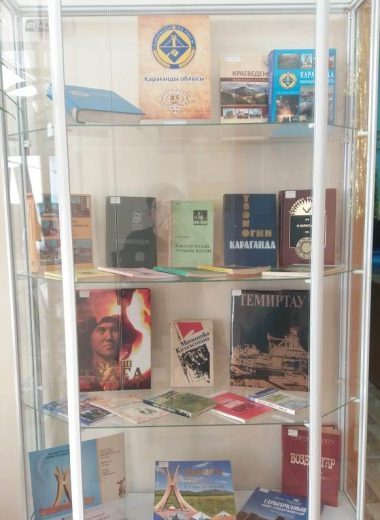 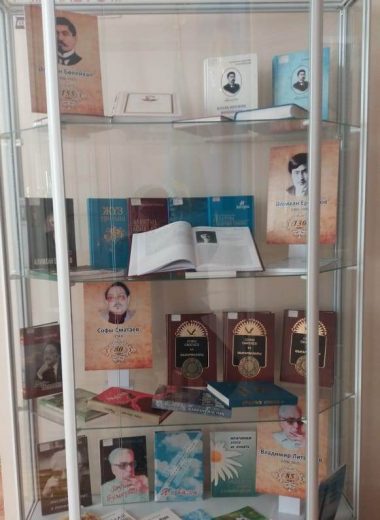