On the 17th of April 17, 2018 in the secondary school 6, the library staff conducted a bibliographic lesson “Books with Different Alphabets” for the 8th grade pupils. Schoolchildren got acquainted with the alphabets of different people, the history of creating Kazakh script and language, students were reviewed books written in English, Turkish, Korean, Arabic.

The children were explained that Latin graphics are used at the present stage in many countries, the time has come for the modernization of the Kazakh language, along with books, a new alphabet of the Kazakh language was presented in Latin. Schoolchildren actively participated in the game “Can we speak three languages?”, where we could demonstrate the knowledge of English, Russian and Kazakh languages. 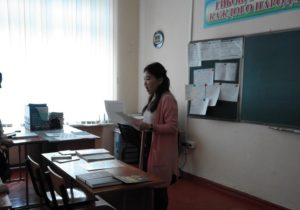 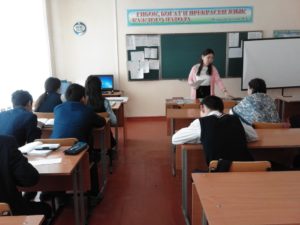 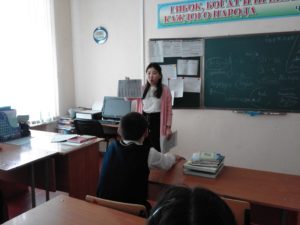