Coaching center “I am a personality”

In February 2020, the Karaganda Regional Children’s Library named after Abai launched a new social project – the coaching center “I am a personality”. During the year, twice a month on Sundays (except for the summer period), the library will host trainings (in Kazakh and Russian) with the participation of invited specialists: coach-trainers and psychologists.
Trainings in public speaking will be held with the participation of a recognized coach-trainer B.M. Musabekov, on personal development – with the participation of psychologist N. Yakimenko. Target group – teenagers 12-15 years old. Trainings will be held absolutely free of charge. Due to the strengthening of quarantine measures, no more than 10 people can take part in the group in compliance with sanitary standards. It is planned to conduct 16 trainings per year.
Developing leadership skills, speaking in front of a large audience and being heard – this is the task the librarians of the children’s library set for the readers.
On February 14, the library hosted the first training “The ABC of Oratory” within the framework of the coaching center “I am a Personality”.
The coach was Bakhytkali Musabekov, a public figure, composer and poet. 12 people took part in the training.
The meeting of the mentor with the students turned out to be very interesting and rich in practical tasks. The guys learned about different genres of speech and tried to use them on their own. For training B.M. Musabekov did not come empty-handed; the author donated several editions of his works to the library. 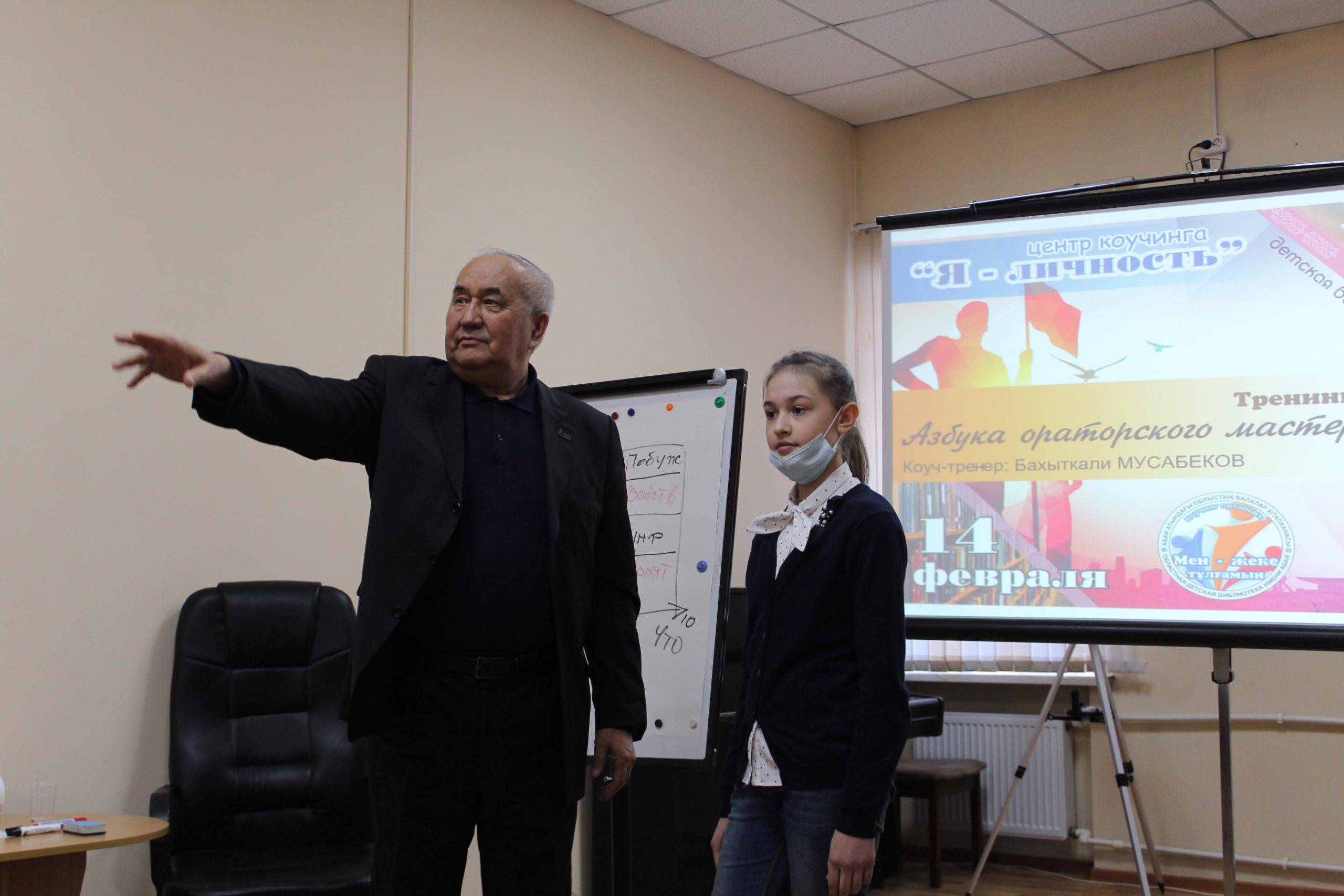 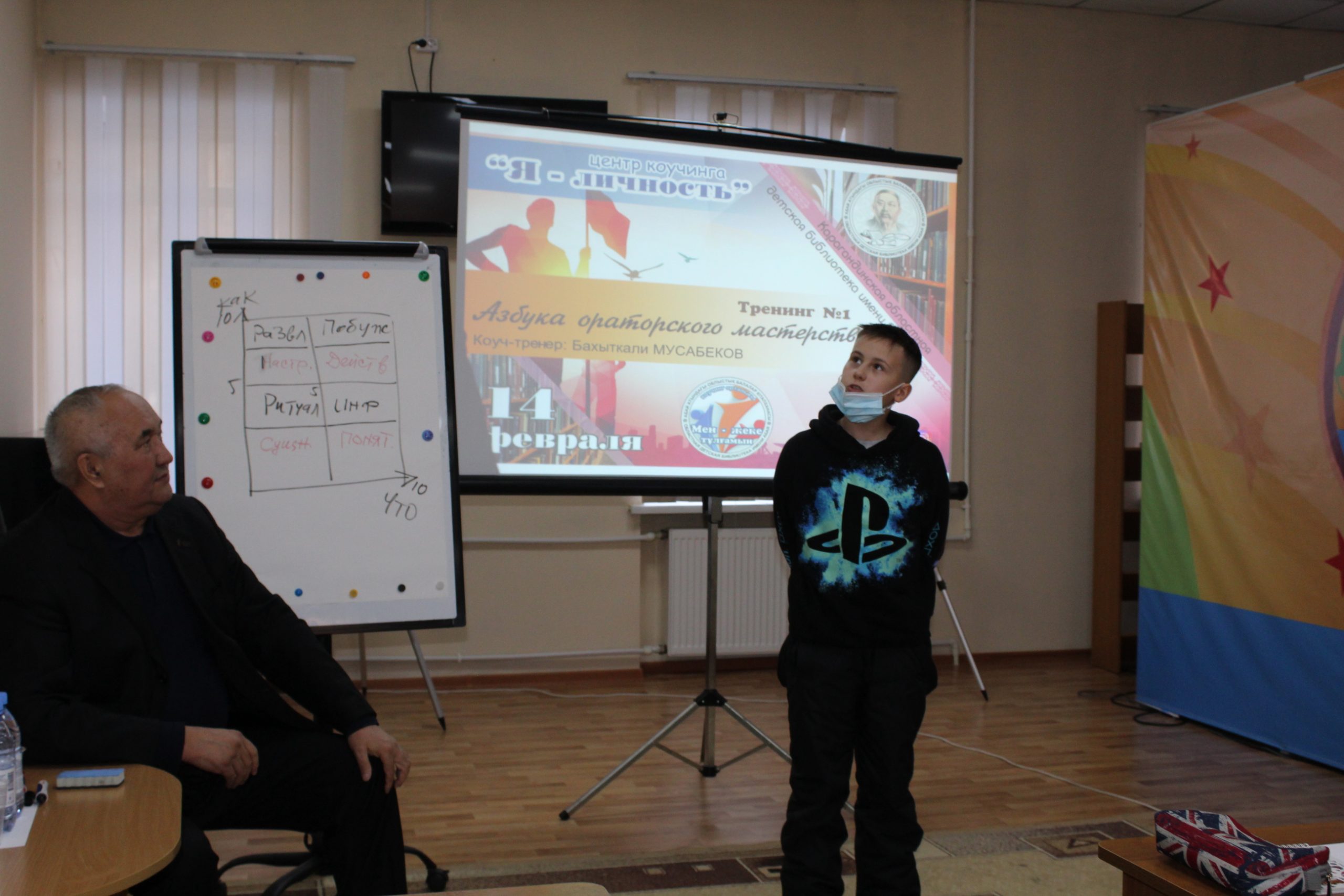 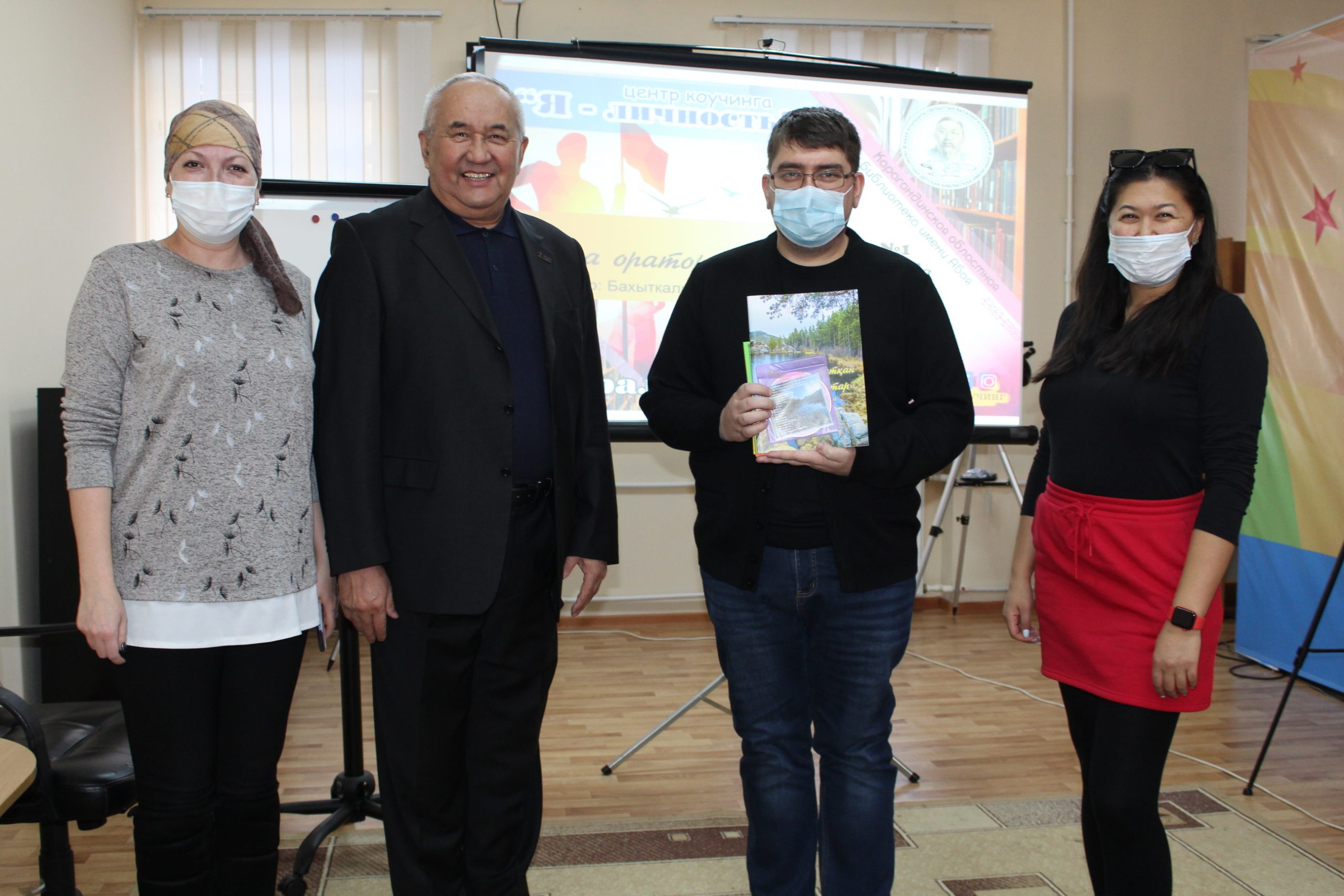 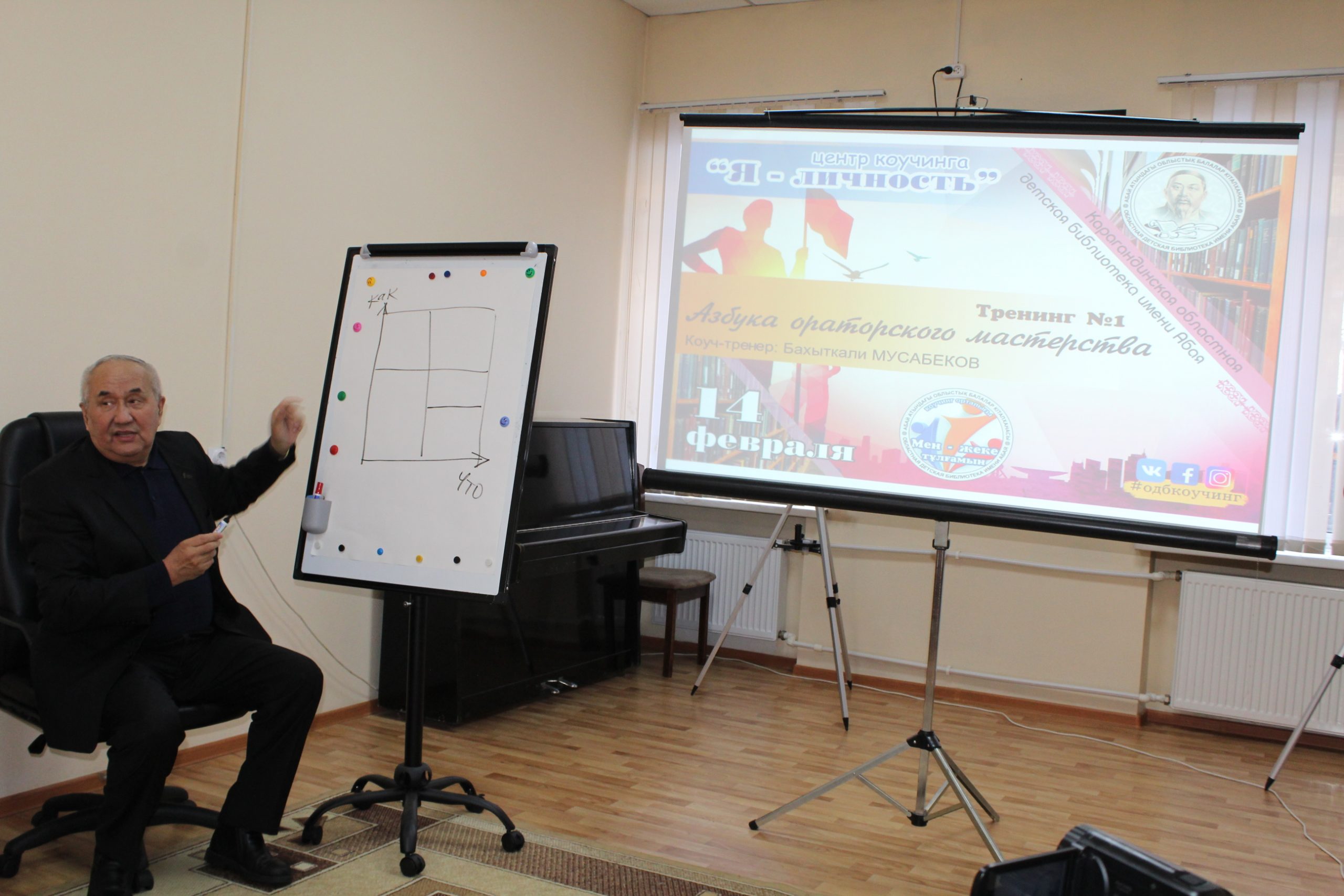 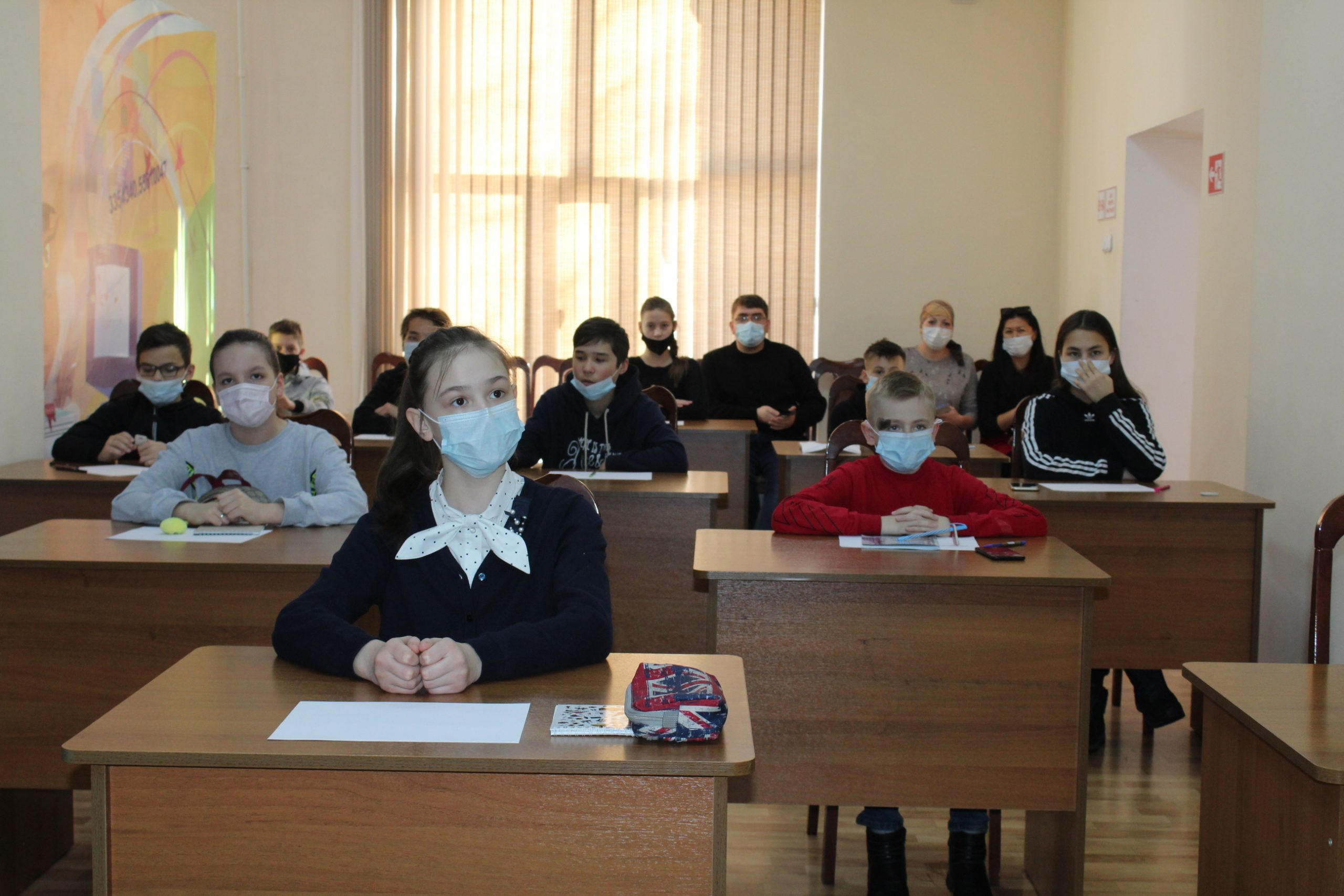