TV project “Formula of Success” with the participation of Aidos Esmagambetov.

On May 24th , 2021, the next shooting of the “Formula of Success” television project took place with the participation of the hyperrealist sculptor, winner of the “100 new faces of Kazakhstan” project Aidos Esmagambetov.
Aidos is a talented artist and sculptor who creates hyper-realistic silicone sculptures. His sculptures are very close to the real image. This is an art that not everyone can do, it requires surgical precision, in order to master it, talent and sincerity are needed.
Among his works are sculptures of the First President of the Republic of Kazakhstan, Leader of the Nation Nursultan Nazarbayev, Kazakh poet and thinker Abai Kunanbayev, statesman Abylai Khan, First Minister of Defense of the Republic of Kazakhstan Colonel-General Sagadat Nurmagambetov, US President Barack Obama.
The dialogue between the guys and the guest took place in a pleasant, lively atmosphere. Children who are fond of art wanted to learn a lot from the talented sculptor.
“Since childhood, I loved to draw. My father was also good at drawing and was also good at music. After graduating from the institute, I had a great desire to deal with silicone sculptures, that is, to master a new style in the art of hyperrealism, ” said A. Esmagambetov.
Aidos said that he learned how to make hyper-realistic sculptures on his own. “I tried to study the works of famous foreign hyperrealists. I looked for their publications in the media. I studied the materials on the Internet that they used, experimented with them. In this area, there are no generalized technologies, you have to look for everything, collect everything yourself. It takes a lot of time for this, ”the sculptor noted. Aidos went to his success on his own, putting a lot of effort and work.
Aidos Esmagambetov intends to develop this direction in our country and wants to find like-minded people and young talented guys in this area to share his experience.
“I would like a museum similar to Madame Tussauds to open in our country,” Aidos shared his dream.
According to the terms of the TV project, the guest chose the best question from the children and presented gifts to the pupils of the 9th grade of the school-gymnasium №104 Miras Turkenov and Ayaulym Temirkhanova in memory of the meeting.
At the end of the program, the organizers of the project presented Aidos Esmagambetov with a gift book “Words of Edification” by Abai Kunanbayev and a souvenir – a statuette “Formula of Success”. 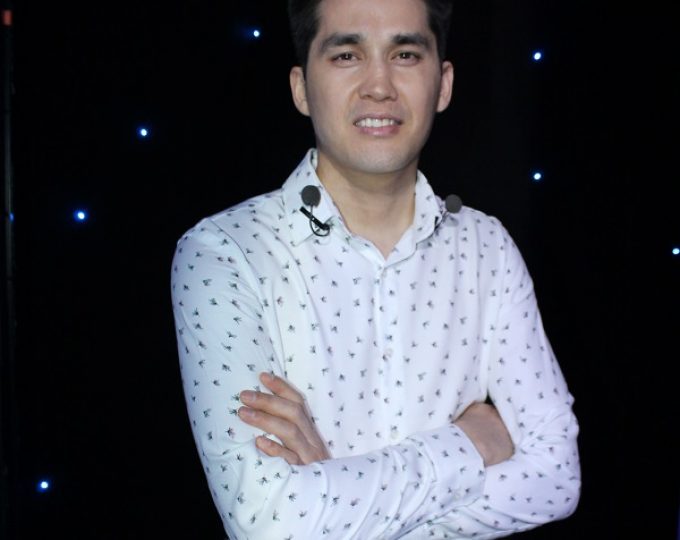 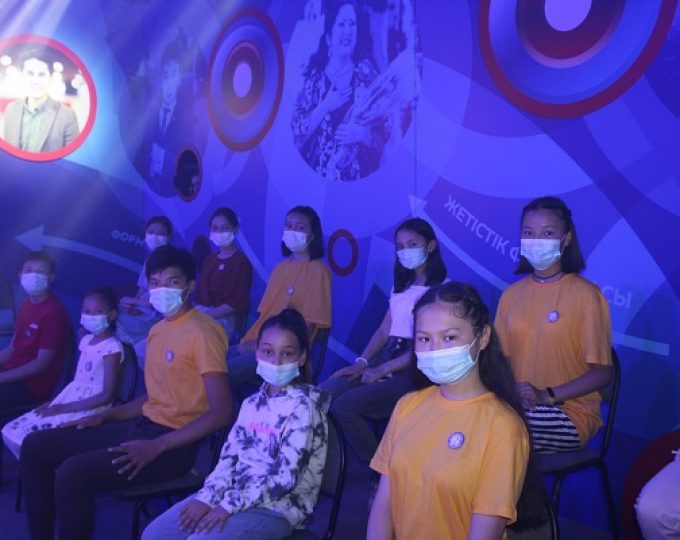 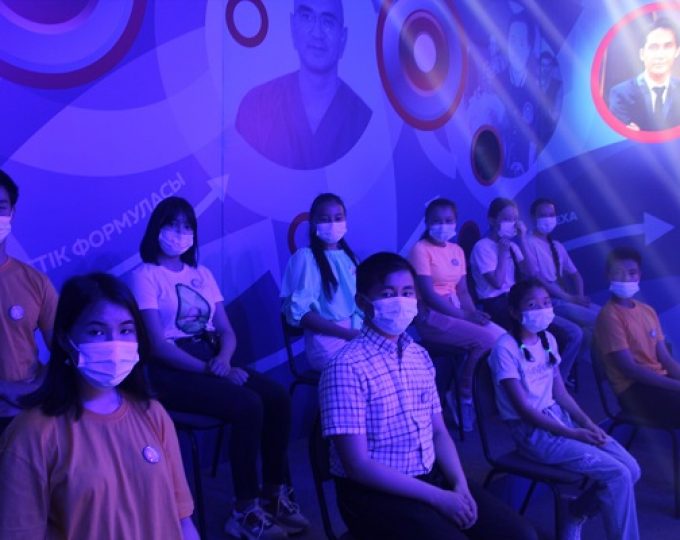 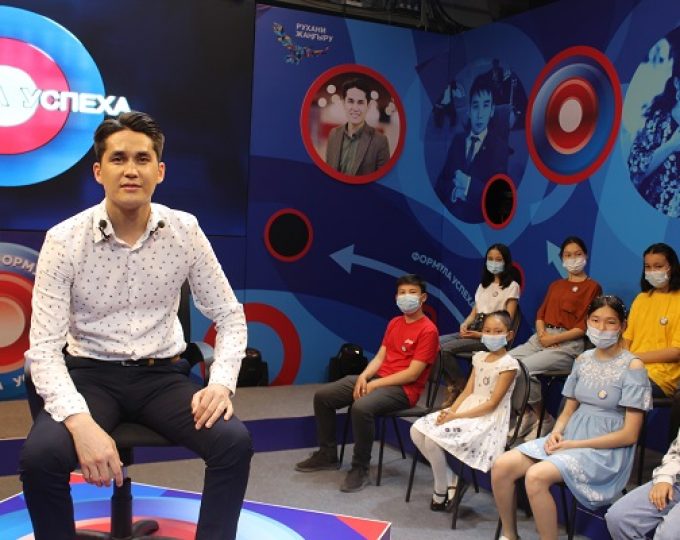 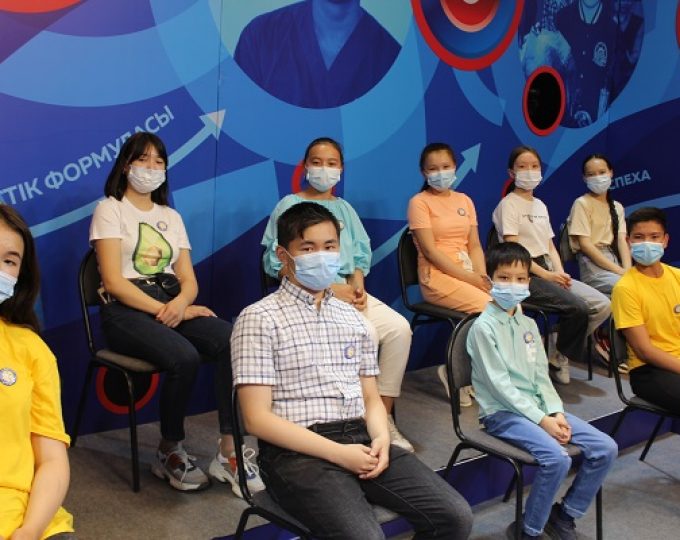 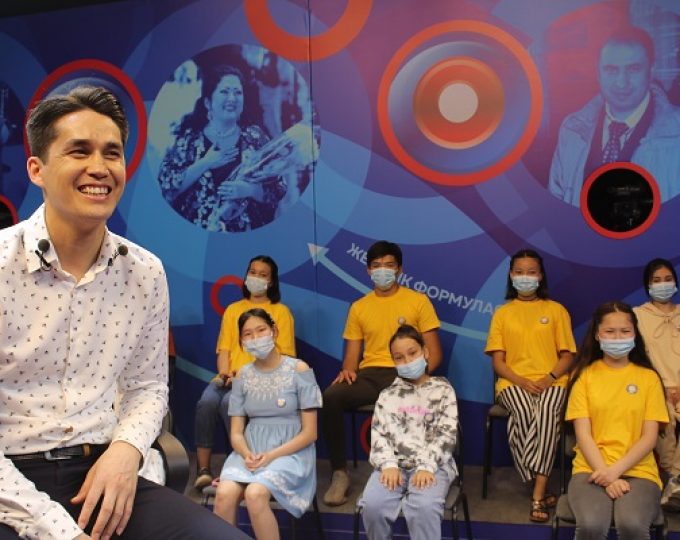 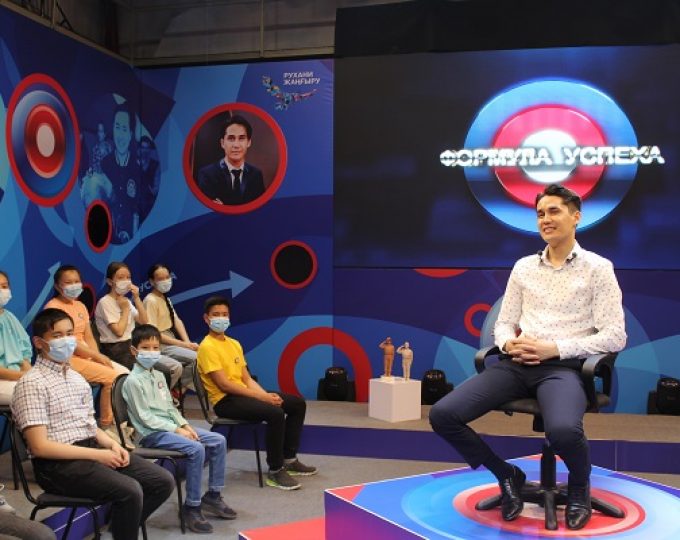 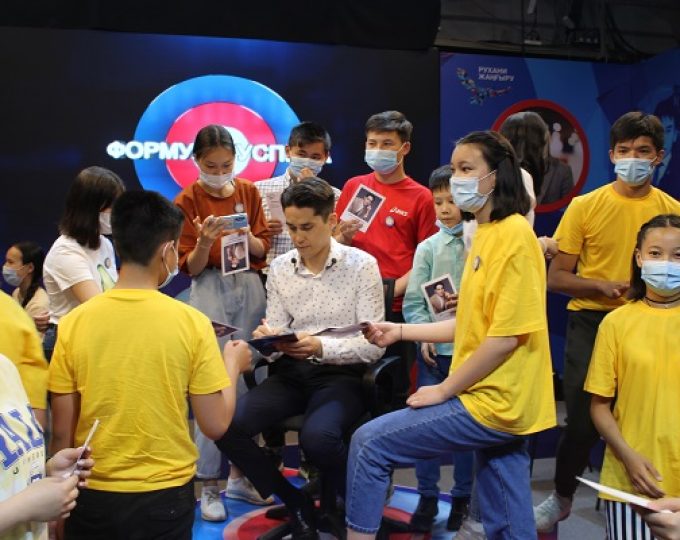 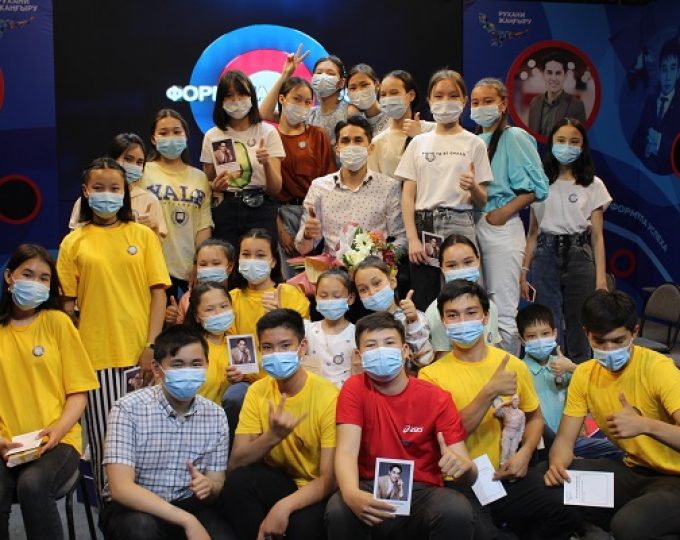