Library lecture on the work of A. Baitursynov

The library named after Abai hosted a library lecture “The great teacher of our nation – Akhmet Baitursynov”, dedicated to the work and social activities of a member of the “Alash” party, a famous scientist, writer and translator Akhmet Baitursynov. The event was timed to coincide with the 150th anniversary of the birth of the Kazakh educator.
Professor of the Department of Kazakh Literature of Karaganda University named after Academician E. A. Buketov, Doctor of Philology, Academician of the International Academy of Informatization, Literary Smagulov Zhandos Kozhakhmetovich was invited to give a lecture and get acquainted with the historical figure.
High school students learned that Akhmet Baitursynov is the author of the first Kazakh primer. The new Kazakh alphabet, named in honor of the scientist Baitursynov, at one time served as a good model for all Turkic-speaking peoples during the writing reform. At one time he became a victim of the injustice of Stalin’s repressions, for more than half a century he was not honored with a mention, his name did not occupy a worthy place in the history of Kazakhstan.
At the end of the lecture, the children had the opportunity to get acquainted with the book exhibition, where the writer’s books, famous people’s statements about his work, critical articles and literary collections were presented. 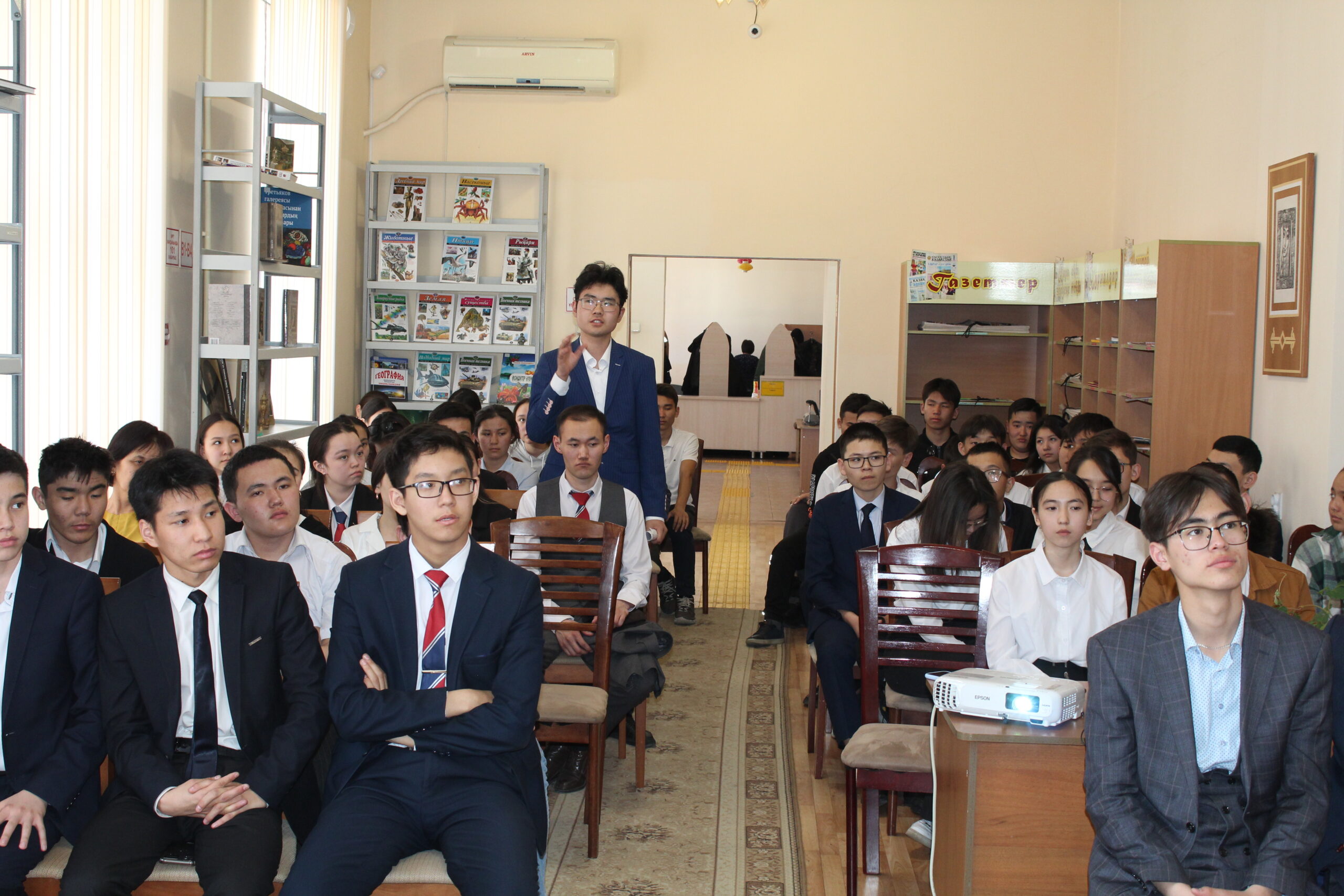 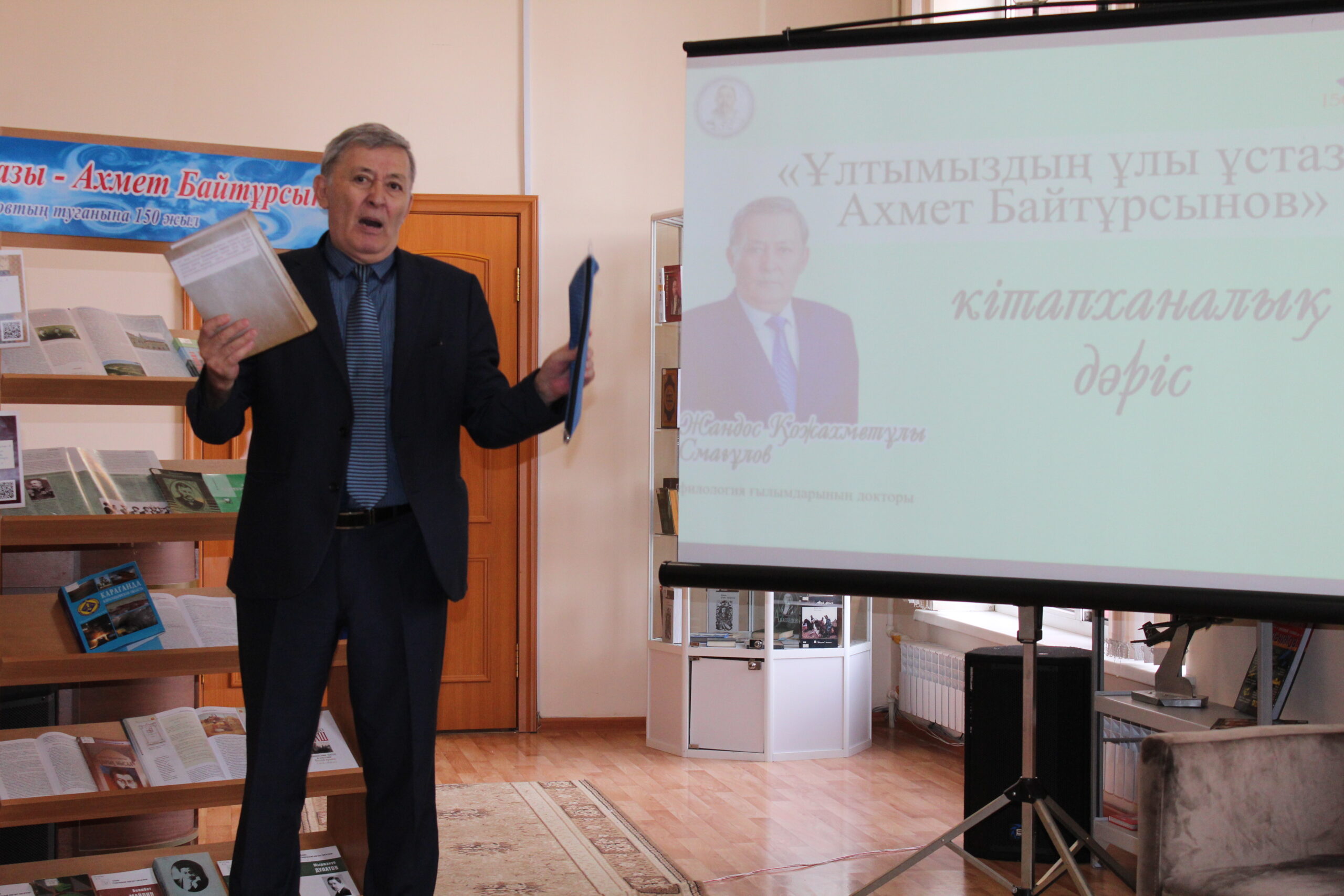 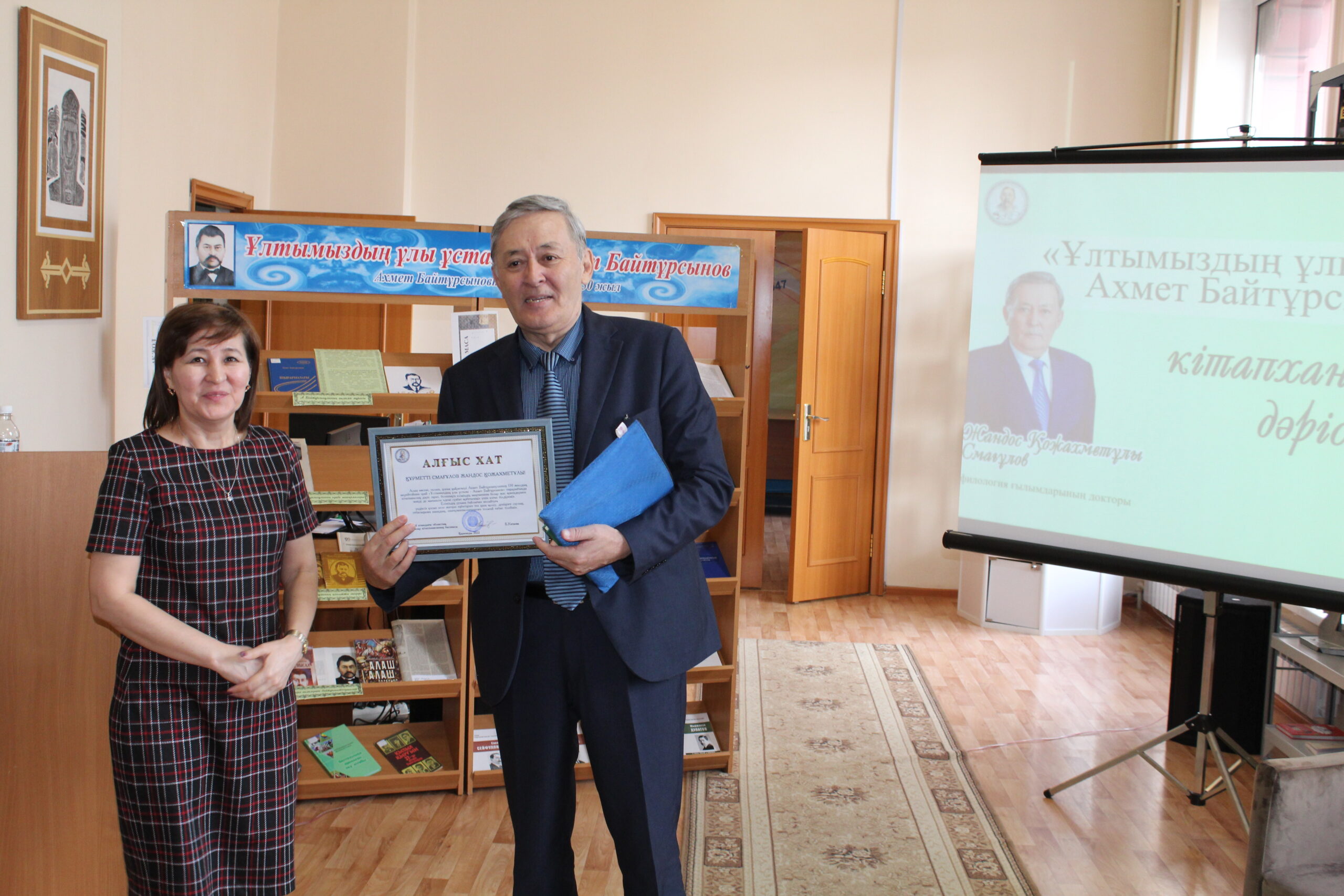 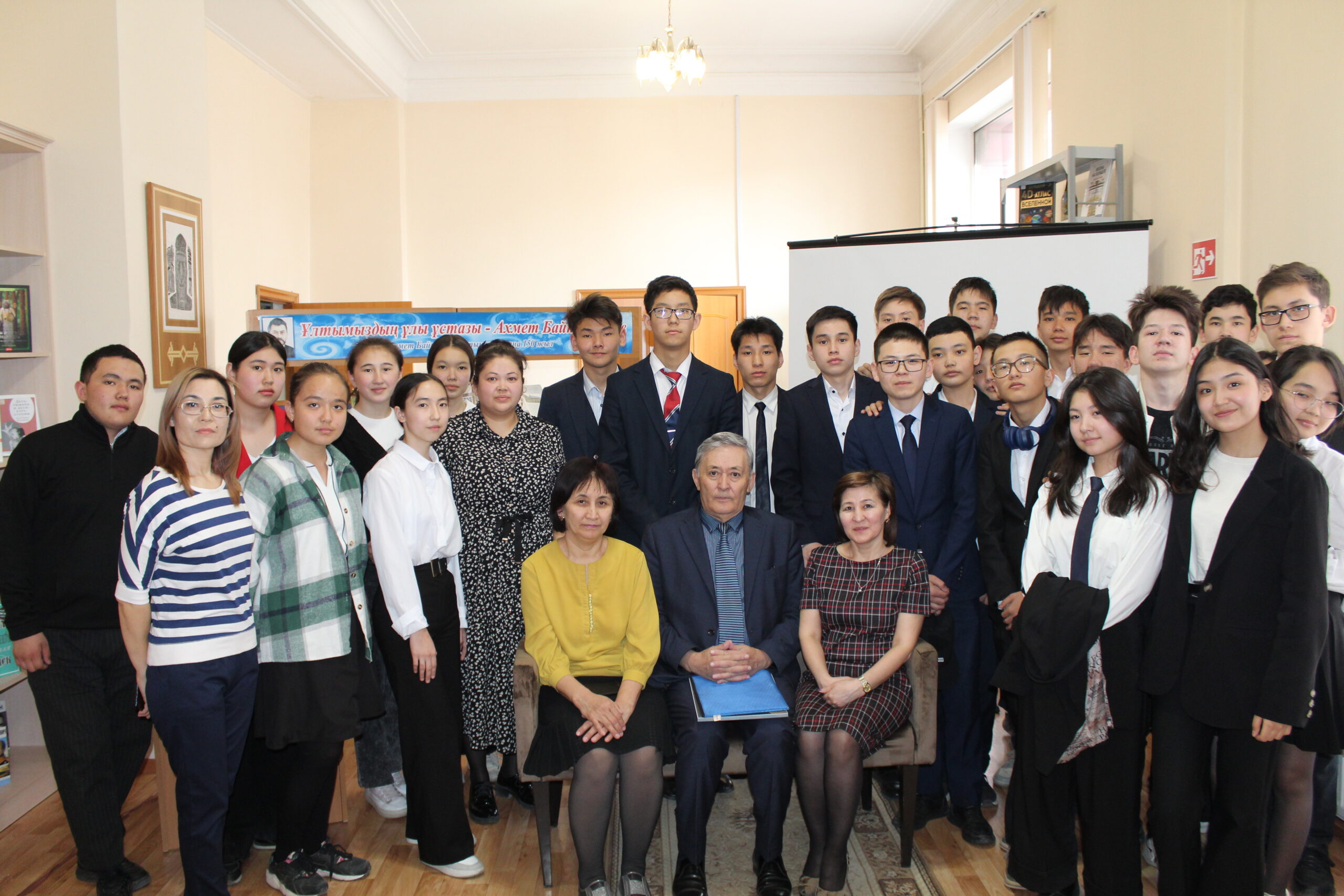 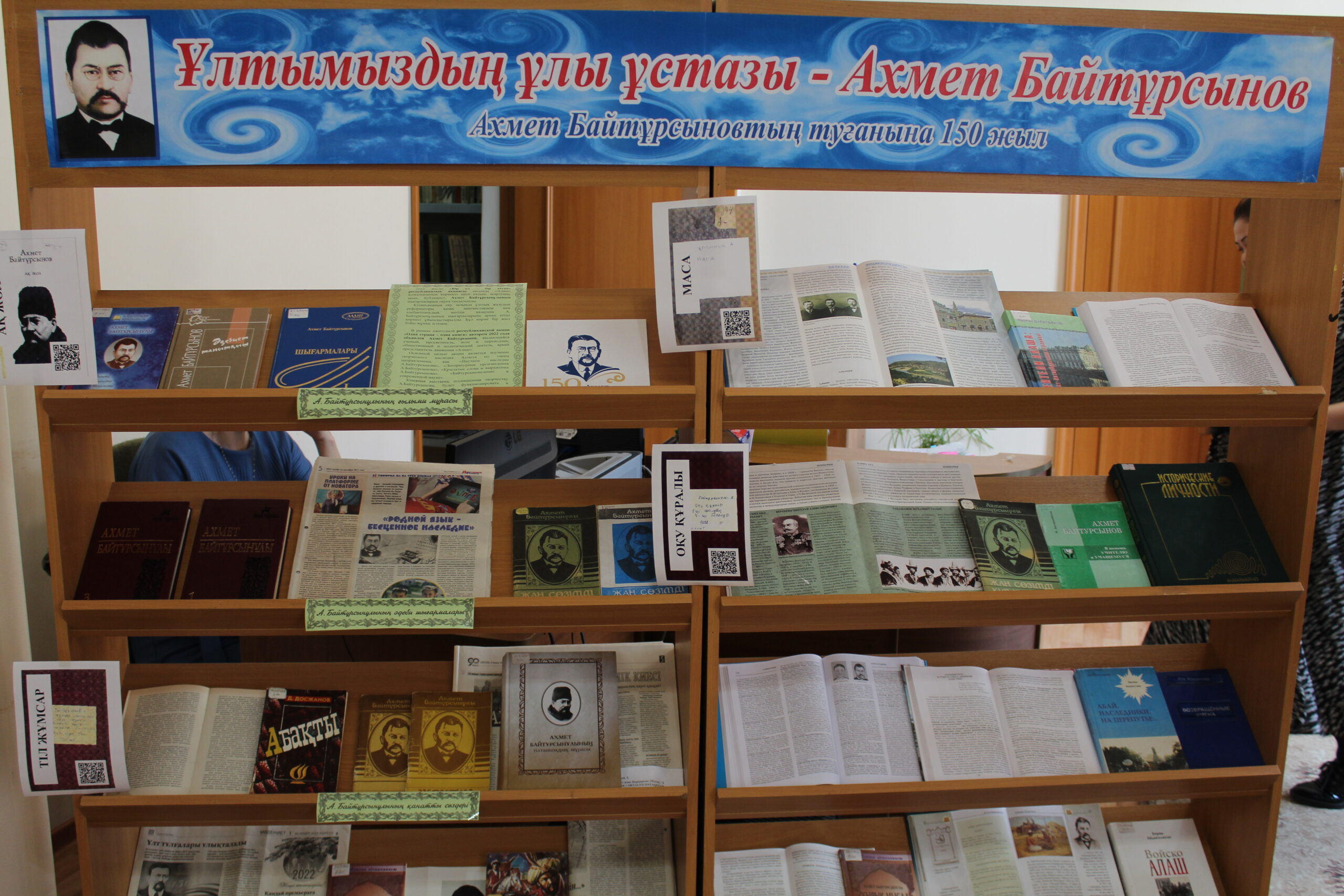