The materials presented at the exhibition – scientific monographs, encyclopedias, illustrated albums, publications from periodicals – are designed to help readers better understand the meaning and significance of the adopted program.

Within the framework of this program, Kazakhstani publishing houses, with the participation of the National Translation Bureau, are doing a lot of work in the direction of “New humanitarian knowledge”, “100 new textbooks in the Kazakh language ”.

In addition, under the sign “Rukhani Zhangyru ” books are published aimed at popularizing the cultural values ​​of Kazakhstan, places of interest and objects, revealing the tourism potential of certain regions and fostering patriotic feelings for the small homeland.

Among the new products, you can pay attention to the following editions.

The scientific catalog “Historical and Cultural Heritage of Saryarka” acquaints readers with museum artifacts, objects of decorative and applied art collected on the territory of the Karaganda region for several years.

In 2017, to the 85th anniversary of the Karaganda Regional Museum of History and Local Lore, the collection “Museum and History” was published, which tells about the history of the formation of the museum, the development of museum funds, outstanding personalities who linked their fate with the museum. Within the framework of this anniversary, a republican scientific and practical conference “Museum of the XXI century: modern trends and prospects for the development of museums” was held, the materials of which were also included in the named collection.

Another edition that has replenished the library funds – a colorful large-format art photo album “Tugan zher – tygyryn ” – reveals the most attractive places of the country – from ancient sacred monuments to modern architectural structures of the young capital.

The book exhibition runs until the end of the year. As new editions arrive, its content is updated. The library invites everyone to get acquainted with the exhibited editions. 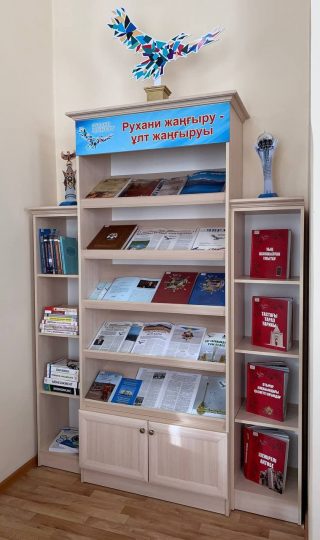 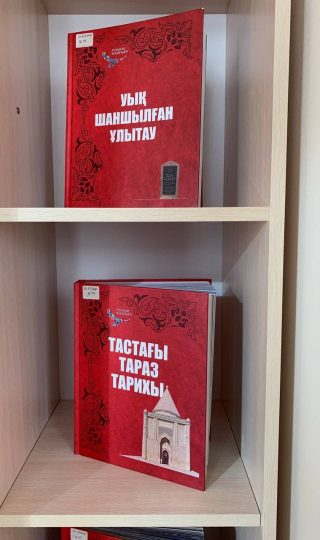